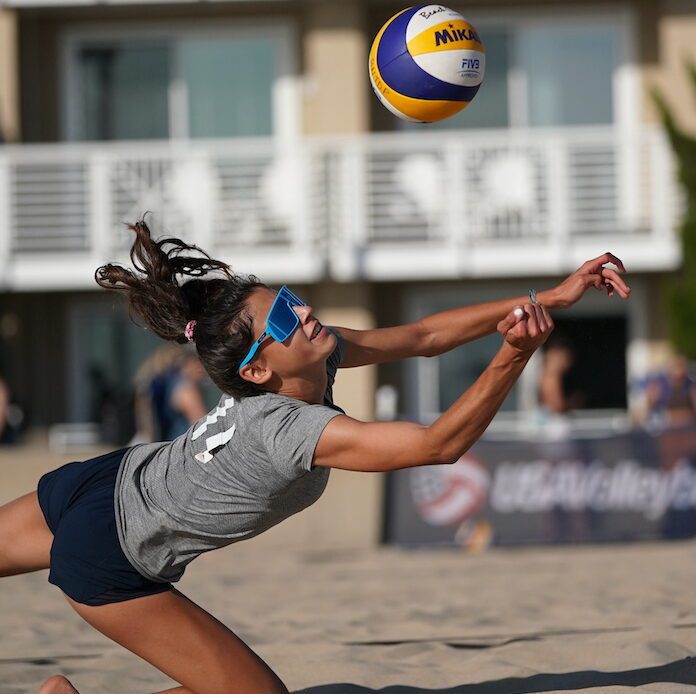 Like we do with our other Fab 50 properties, we also present the 2022 Girls Beach 25 Underclassmen to Watch list, which shows some non-seniors who are worth keeping an eye on. These folks, many more times than not as the data shows, end up on the big Fab 50 list in their senior years in high school.

Keep in mind with this list, we are not ranking the top 25 non-senior beach players in the country, rather highlighting 25 rising stars. This list became challenging due to the sheer volume of players who received votes. If you do not see a player on the 25 list, odds are she still received votes.

With this list, 15 beach clubs are represented with MB Sand again leading the way with seven more selections.

A few names here that stand out include Sinjin Beach’s Sally Perez (a UCLA verbal commit) and MADSAND’s Avery Jackson, who has verbally committed to Stanford.

On the even-younger sophomore and freshman side, MB Sand’s Mallory LaBreche and Jessie Dueck stood out in the voting, as did Pennsylvania-based Stars and Stripes’ Sarah Wood, a ninth-grader.