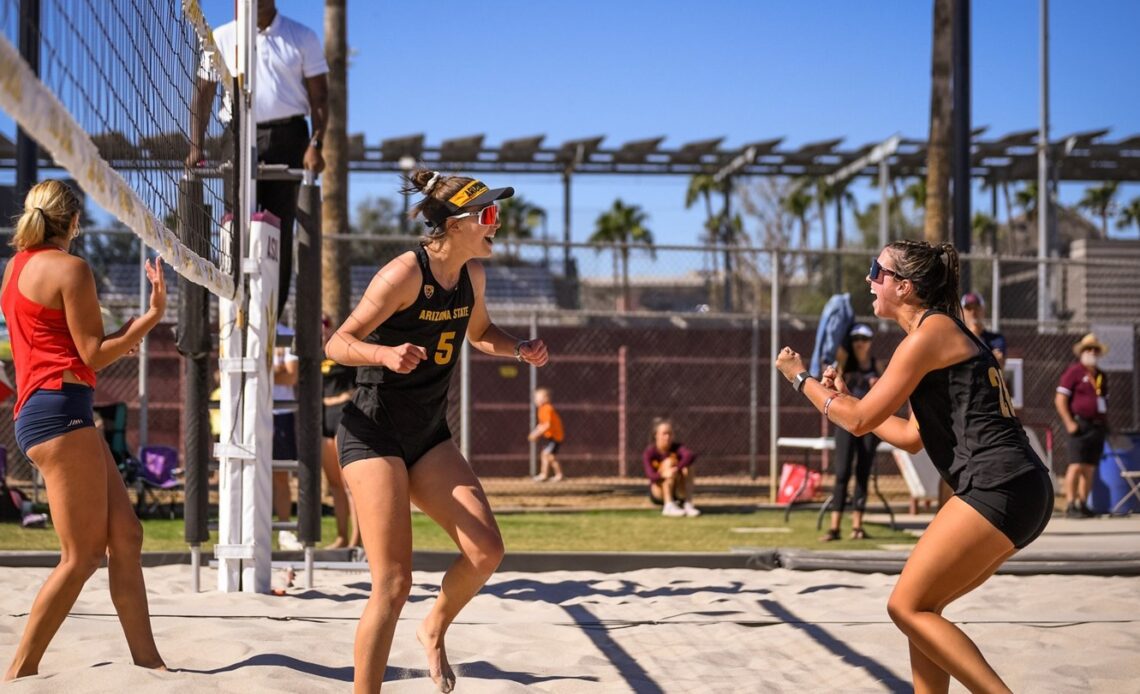 
TEMPE – The 2023 Sun Devil Beach Volleyball schedule has been released, which features three days of competition at the home facility and six matchups against 2022 NCAA Tournament teams.

The Sand Devils will be tested with another tough schedule. The six 2022 NCAA tournament teams on the schedule are Cal, Grand Canyon, Pepperdine, Stanford, UCLA and the two-time defending champion USC.

The season will begin at Bear Down Beach in Tucson with a tournament on February 24-25, which will see the first Pac-12 matchup of the year with a matchup against Oregon to start it all. The next weekend from March 4-5 will be at UCLA for the Pac-12 South tournament, playing three duals there.

After a week off, ASU will be back in action in a tournament at Grand Canyon from March 17-18, playing tournament teams GCU and Pepperdine there. The furthest road trip of the year is to South Carolina for a tournament hosted by the Gamecocks from March 24-25. The month ends with the first dual against the Cats on March 29 in Tempe, the home opener.

From April 7-8, the Sand Devils will compete in the Pac-12 North tournament, hosted by Stanford this season. The duals against Oregon on April 7 and Cal on April 8 will be on the Pac-12 Network. The home tournament will take place from April 14-15 and the regular season will wrap up with a dual at Arizona on April 21.

The Sand Devils had a 17-15 record in 2022, the second-highest win total in ASU history. The team earned five Pac-12 wins, which is the most they’ve had in the seven years of conference play. A bright spot Arizona State earned two ranked wins, both against in-state rival Arizona, the first of which came at home on the first day of duals in what was then the new Sun Devil Beach Volleyball Facility. The team returns five who reached double-digit wins in 2022, led by junior Kate Fitzgerald’s 17.