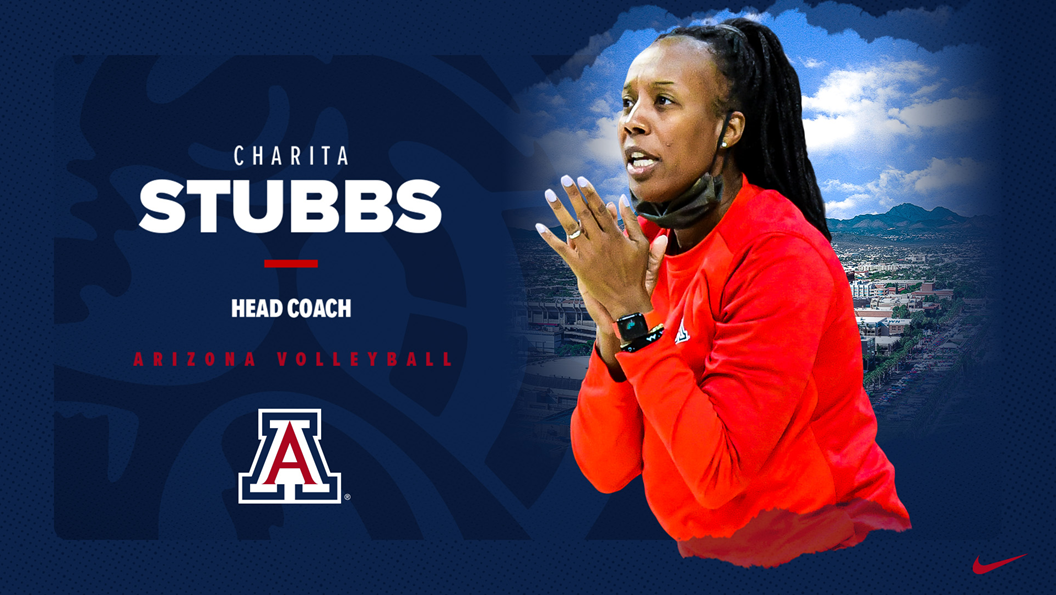 
TUCSON, Ariz. – University of Arizona Vice President and Director of Athletics Dave Heeke has announced the promotion of Charita Stubbs as the next head coach of Arizona Volleyball, following the retirement of Arizona’s long-time head coach Dave Rubio. A former Arizona Wildcat herself, Stubbs becomes the fourth head coach and first African-American head coach in program history. Stubbs played at Arizona for Rubio from 1992 to 1994 and has spent 19 total years (1997 to 2005, 2013 to 2022) on Rubio’s coaching staff at Arizona.

“I am incredibly excited to name Charita Stubbs as our next head volleyball coach,” Heeke said. “As a former Wildcat student-athlete and longtime member of Dave Rubio‘s staff, Rita has a great appreciation and understanding of what it means to compete for the University of Arizona. She is a nationally respected figure in college volleyball who is outstanding at developing elite volleyball athletes with a passion for recruiting and guiding these student-athletes into academic, athletic and life champions that align with our mission and values. Rita has a tremendous vision and outstanding skillset that will set the course for future success for Arizona Volleyball, and I look forward to watching her add more chapters to the storied legacy of the program.”

Stubbs has helped guide Arizona to NCAA Tournament appearances in 14 of her 19 seasons on staff. She has helped coach nine Wildcats to All-American status, including Arizona’s first middle blocker to earn honorable mention All-America honors since 1985.

“I want to thank Dave Heeke for believing in me and naming me the new head coach of Arizona Volleyball,” Stubbs said. “I am excited to lead my alma mater as I bleed Red and Blue. I cannot thank Dave Rubio enough for believing in this girl from Cleveland, Ohio as a player and as a coach. I stand for truth, hard work and discipline in this game, and I will continue Arizona Volleyball’s culture where our student-athletes enjoy the process.”

Since her return to Arizona, Stubbs has helped lead the Wildcats to five of the last ten NCAA Tournaments. During her most recent ten years on staff, Arizona has won 175 games, one of the most successful ten-year runs in school history.

Prior to landing her first collegiate head coaching position in February 2006, Stubbs was a member of Rubio’s…