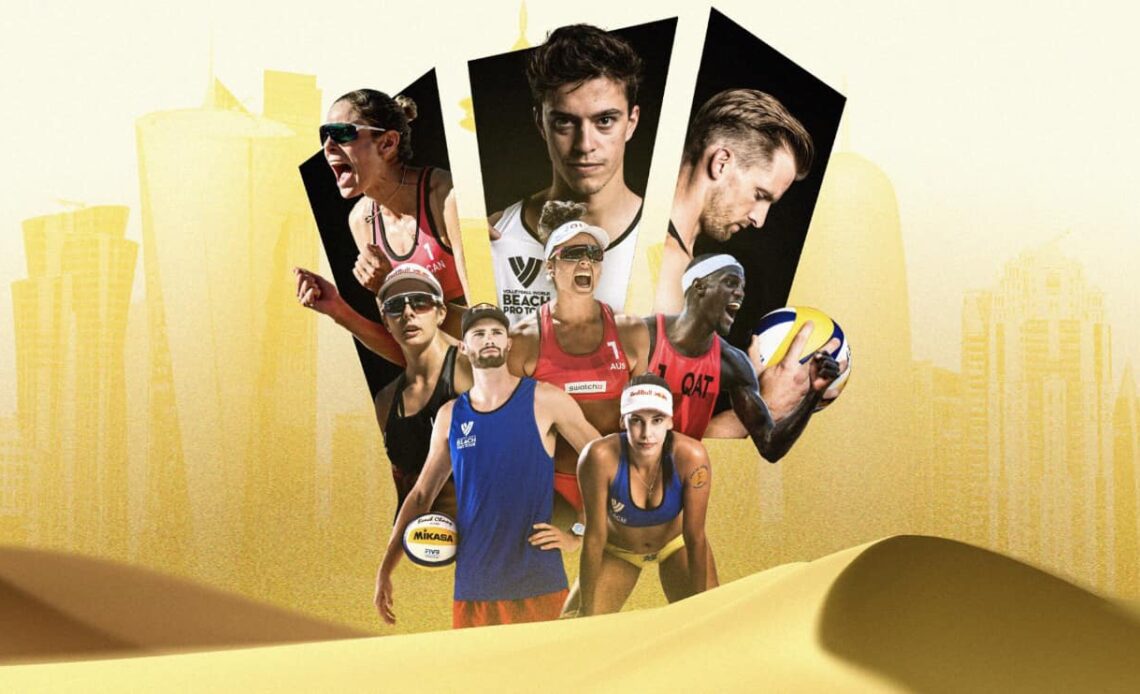 The curtain will come down on a brilliant first season of the Beach Pro Tour when 20 of the world’s best beach volleyball teams battle to become the 2022 season champions in Doha, Qatar between 26-29 January.

The 10 teams per gender go into the end-of-season showpiece after a memorable first season of the Beach Pro Tour that began in March 2022 and wowed crowds at 47 events across the globe before coming to its conclusion in December.

Eight of the teams booked their place at the Aspire Park sports complex thanks to their fine performances on the Beach Pro Tour in 2022, as per world ranking points as of 5 December, with the field completed by two wildcards.

The winners of the Finals will each be crowned 2022 Beach Pro Tour champions and receive  an equal prize money of 150,000 US Dollars of the overall 800,000-US Dollar prize purse. All 52 matches will be live on VBTV.

In the men’s competition, top seeds are home favourites Ahmed Tijan and Cherif Younousse, and in what promises to be mouthwatering entertainment for beach volleyball fans, the team from Qatar face stiff competition from the likes of reigning Olympic and World champions from Norway Anders Mol and Christian Sørum – plus a host of teams that have won Beach Pro Tour events in 2022.

The women’s event is headed by Brazilian World champions Eduarda ‘Duda’ Santos Lisboa and Ana Patricia Silva Ramos, who won five Elite16 medals in 2022, including gold in Gstaad and Uberlandia.

The duo will have competition from compatriots Barbara Seixas and Carolina Solberg, arguably one of the most consistent teams on the tour in 2022, as well as another team who scooped two Elite16 titles during the season, Katja Stam and Raïsa Schoon from the Netherlands.

Both of the women’s wildcards were awarded to newly-formed pairings. 2019 World champion Sarah Pavan and 2021 world championship runner-up Sophie Bukovec of…