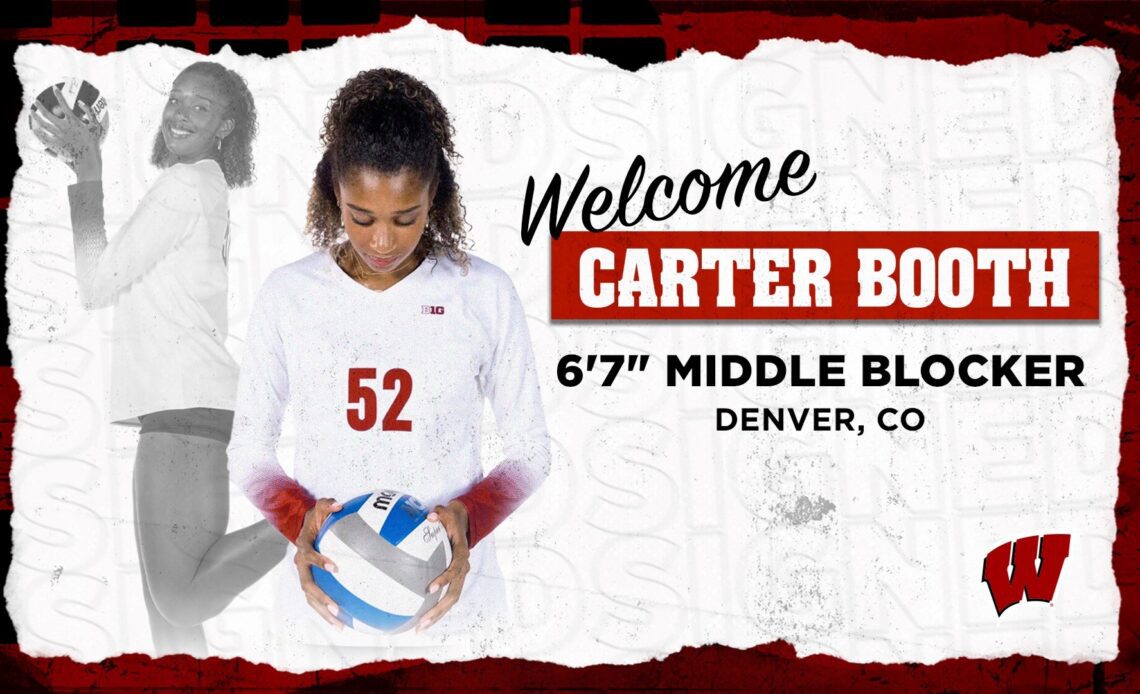 “We got to know Carter and her family when she was going through the recruiting process when she was younger and when she came and visited our camp,” said Badger head coach Kelly Sheffield. “She had a great freshman season and continued to get stronger and better when a lot of players start wearing down at her age. When we saw that she was in the portal we immediately reached out to her and had great conversations and realized that it would be a great fit. Carter is a great competitor who is willing to work hard to reach her big dreams and goals. She is a physical presence at the net with her block and her attacking and can score off of one or two feet. She has a great future in front of her and we are glad that we will be a part of it.”

As a freshman, Booth had a stand-out season leading the team with 1.48 blocks per set (142 total), which ranked fifth in the Big Ten and 10th in NCAA. The Denver, Colorado native started 26-of-31 matches, and set the Minnesota freshman single match record with 11 blocks in her first collegiate match against Baylor in August. She also tallied three double digit blocks matches, while also recording five blocks or more in 14 matches.

As a prep, Booth was a two-time Under Armour All-American selection, the No. 1 2022 recruit in Colorado, and ranked No. 14 by PrepVolleyball.com. The 2021 Colorado Gatorade Player of the Year, amassed 681 kills, 346 blocks, 61 aces and 138 digs at Cherry Creek High School, while helping her team to a 26-2 record and a Class 5A State Championship as a senior. In 2019, Booth also competed for the Girls U18 National Team at the FIVB World Championships.