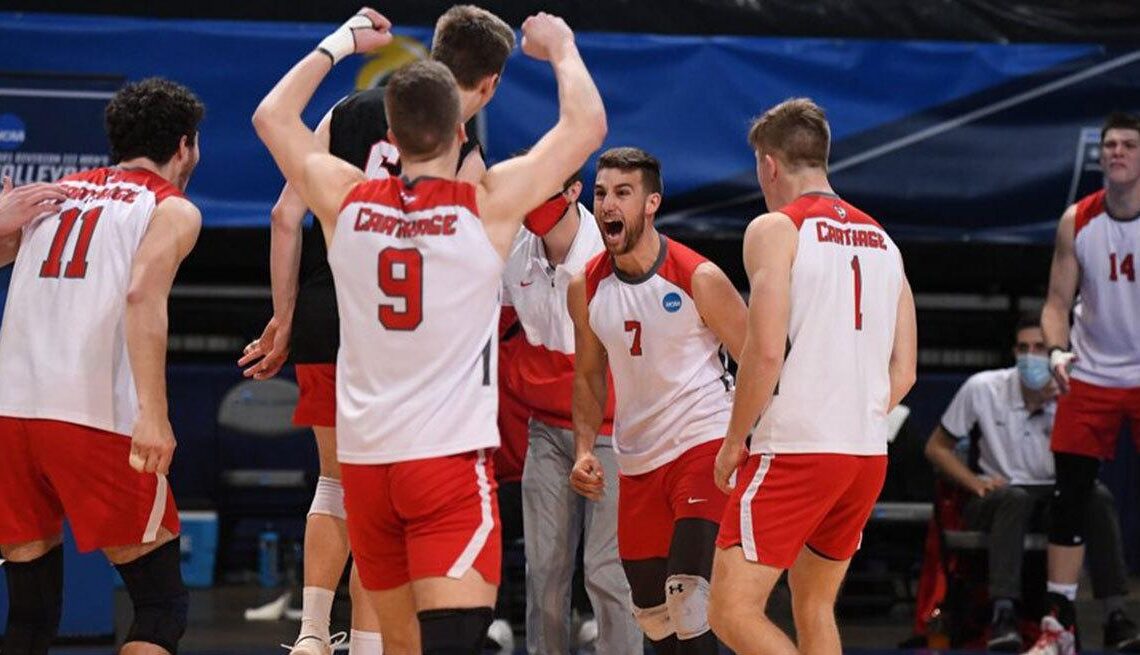 Here’s how the semifinals played out. Watch the recap of each semifinal match right here.

Carthage (22-0) extended its perfect season into the national title match with tonight’s semifinal win over Dominican (IL), 3-0. The Firebirds outhit the Stars in every set but the first, in which they averaged .054. The offense came alive in the second and third set, hitting .355 and .357, respectively.

Dominican (IL)’s tournament run was not extinguished easily after forcing extras in the third set. George Kougan’s team-leading 15.5 points injected much-needed energy to the Stars, but the rally was not enough to force a fourth frame. Carthage has yet to lose a set this postseason.

In a back and forth battle that saw both teams hit supreme highs and deep lows, Benedictine (IL) beat Southern Virginia 3-2 to advance to the national championship match. It was just the second match this postseason that did not end in a sweep.

Benedictine (IL) was polarizing to begin the match. The Eagles took the first set, hitting .381 and limiting Southern Virginia to .000 hitting. The Knights stormed back to win the second set, boasting .400 hitting. Benedictine grabbed the third set and forced Southern Virginia’s hand. How did the Knight’s respond? Well, they held Benedictine to -0.077 hitting in the fourth.

The slow Eagles offense continued into the beginning of the fifth set before going on an 11-3 run. Southern Virginia then emerged to tie the set at 13 but fell just short of the win, as Benedictine (IL) closed out set five, 15-13, and the match for a chance at the national title.

Chase Olson led the Eagles with 16 points, while Mike Legros led the team in assists with 42.