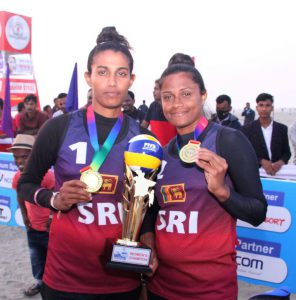 The exceptional 21-11, 21-11 win in 33 minutes gave the undefeated Sri Lankans, who finished fifth place at this year’s Birmingham Commonwealth Games, the eventual women’s title in the three-day event. 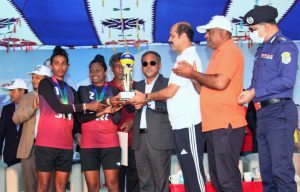 Chathurika and Deepika captured the top spot in Pool B following their 2-0 win against sixth seeds Ezozakhon Sativoldieva/Nasiba Jamolova from Uzbekistan in their first clash and another 2-0 rout of third seeds Asha Most/Khatun Mst Ajmira of Bangladesh in their second match. 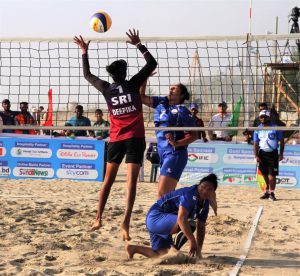 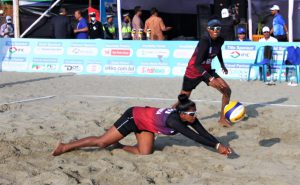 The Sri Lankans continued their unbeaten streak to beat fourth seeds Nodira Sultanboeva/Komila Kuchkorova 2-0  (21-8, 21-9) of Uzbekistan in the semifinals and advance to the final clash, where they demolished Nepalese Upreti/Pun 2-0 (21-11, 21-11) for the eventual title. Upreti and Pun downed Sativoldieva/Jamolova of Uzbekistan 2-0 (21-12, 21-14) in the other semifinal match. 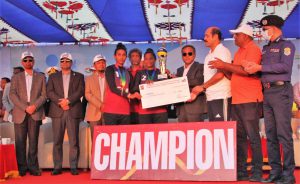 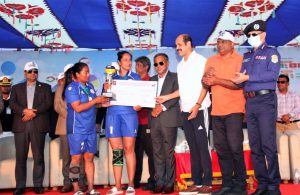 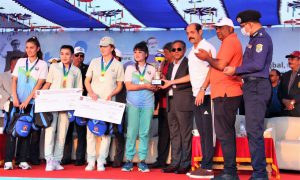 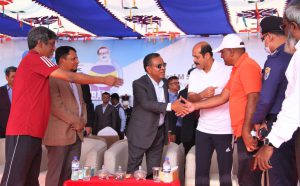 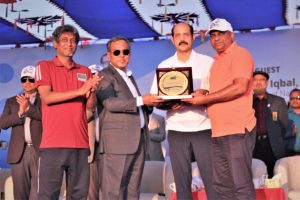 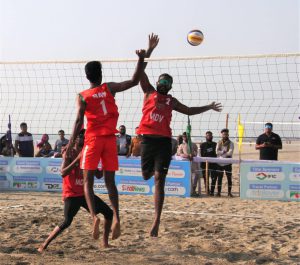 In the semifinals earlier, Nepalese Sunar and Shrestha struggled in the first set to beat Kyrgyzstan’s Medetbek Uulu/Zheenbek Uulu, both of whom competed in the last week’s CAVA Men’s U23 Volleyball Championship in Dhaka, 26-24, 21-13, while Maldivians Adam/Ismail stunned Bangladesh’s top seeds Biswas Horosit/Hossain Smail in a closely-contested match 22-20, 22-20. 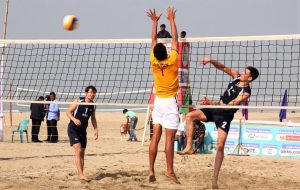 Nepal’s Sunar and Shrestha made a clean sweep in Pool A, while Adam/Ismail also did the same in Pool B, but the Maldivian duo fared a bit better as they did not lost a set to their respective rivals en route to the final clash.

On Friday, Sunar and Shrestha will battle it out with…