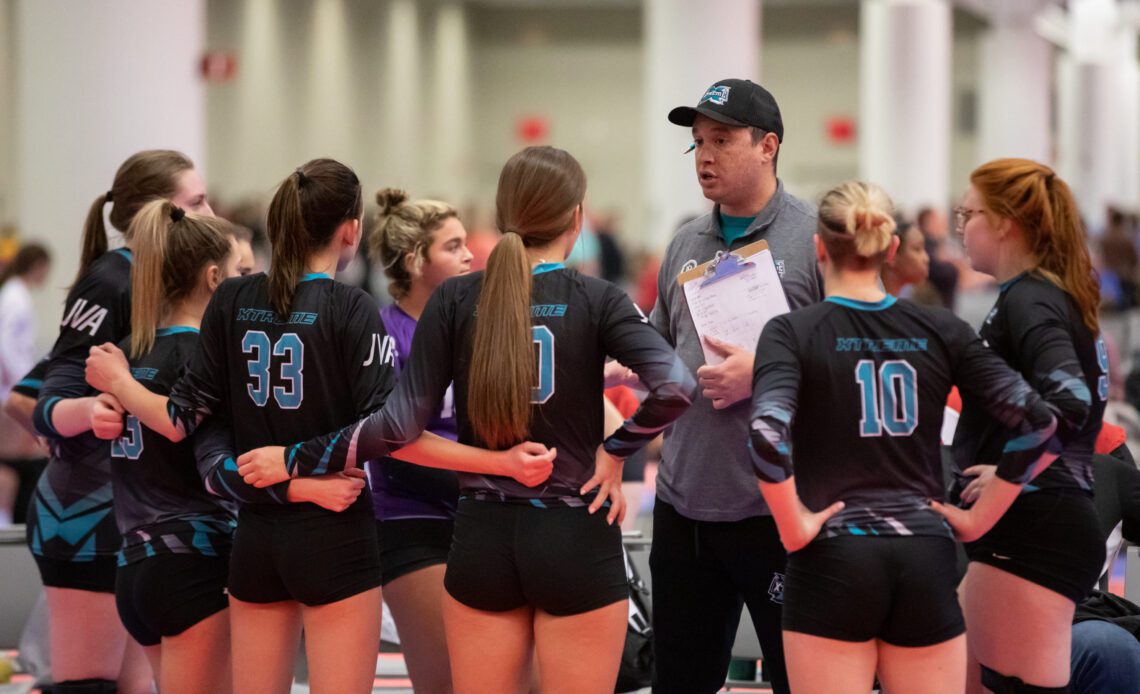 When we look at how coaches are specifying feedback to the athletes, we can engage in a conversation of what stage of learning the athletes are in for any given skill. Sometimes we find that coaches mistake an athlete’s “performance” for the amount the athlete has “learned”. They “played well enough, therefore they should know how to do ‘x’”. Sometimes we find that feedback is given towards specific parts of general motor patterns that the athlete already has learned and considered automatic. Athlete’s who bring attention to specific parts of these automatic processes run the risk of directly impeding the performance of that skill, and potentially developing further maladaptive behaviors.

For example, when a coach tells the athlete mid-game to think about his/her hand-contact on the next swing to guide his/her shot, the athlete’s entire attention goes to his/her hand-contact instead of considering the set location and tempo, the blockers in front of them, and the winnable shots that are available. Performance only equates to what an athlete can temporarily achieve, wherein measuring an athlete’s learning speaks more to the consistency to which he/she performs at/above the desired level. Fitt’s and Posner’s (1967).

The 3 Stages of Learning give us an understanding of where our athletes are in their learning process so we can facilitate longer term increases in performance:

Athletes in Stage 1 are the new learners for specific skills. This could be your players who have switched their positions (ie: attacker to setter), or the athlete who has yet to put his/her hands together to form a platform to pass the ball. You will see the most growth in these athletes as they will respond to feedback that is direct and encouraging. Feedback in this stage should be given most often after reps, immediately after they make a play, be pointed towards what they were doing “correctly” in that moment, and encourage them to continue to make the movements that were “correct”. Feedback should also be applied to one portion of the skill at a time until the athlete understand the skill entirely.

Athletes in Stage 2 have learned basic movement patterns, body angles and postures and are now trying to apply them to play and competition. This athlete understands what the arm swing looks and feels like, but is learning how to hit against a block and defenders. These athletes need less direct…