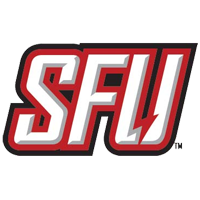 Outside hitter Will Rottman, who was an AVCA First Team All-American in 2022, led the Cardinal with a match-high 15 kills on .462 hitting, four digs and two assists. The senior also matched his career-high with four aces.

Rottman picking up where he left off last season ??#GoStanford pic.twitter.com/9ot9lz8pT5

John Kosty, The Birkhofer Family Head Men’s Volleyball Coach, has led Stanford to a win in the season opener for the 14th time in 17 seasons.

Setter Nathan Lietzke controlled the Cardinal offense with 36 assists and had a match-high 10 digs for his sixth career double-double. The senior also tied his career-high with three aces.

Freshman opposite Theo Snoey had a successful collegiate debut, registering 13 kills on a .458 attack percentage to go with six digs, three blocks and two assists.

Libero Justin Lui collected eight digs, including one that sailed over the net and fell in bounds for a kill in the first set.