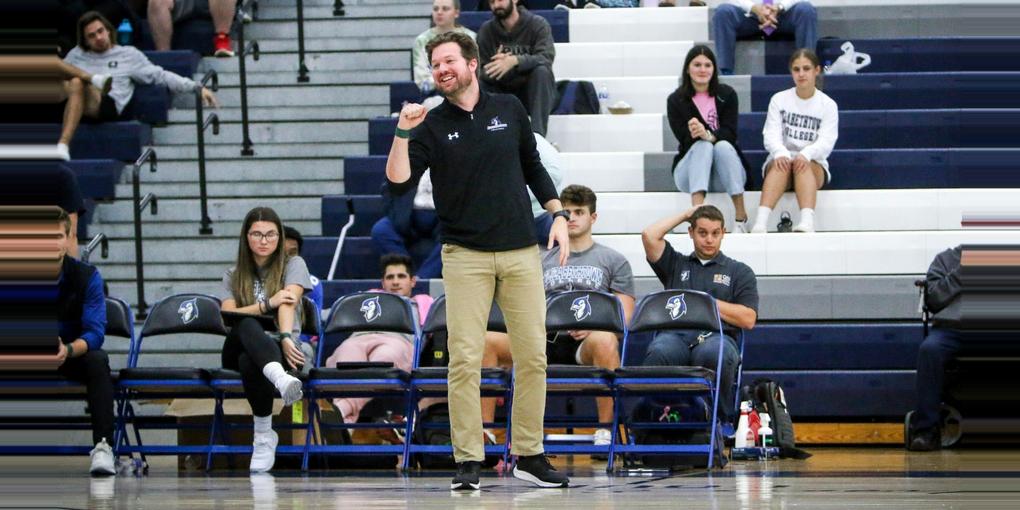 A national search for a new men’s and women’s head volleyball coach will begin immediately.

More About Hamilton’s Career
Hamilton guided the men’s team to its first winning season in program history at 14-9 before the COVID-19 pandemic cut the season short. Over the course of his time with the men’s team, he compiled a 29-27 overall record.

Hamilton joined the women’s volleyball staff in 2017 as an assistant, helping the team to a 19-9 record in 2017 after a 7-22 finish the previous season. The Blue Jays followed up with a second consecutive 19-win season in 2018. Hamilton then became an integral part in starting the men’s program at Elizabethtown College.

In his four seasons with the men’s and women’s team, Hamilton has coached 11 all-conference selections and saw Mackenzie Garner and Bryanna Miller earn Landmark Senior Scholar Athlete. Hamilton also saw Miller named to the College Sport Communicators (CSC formerly CoSIDA) Academic All-District Team. Miller is the first since 2014. The women’s team has earned the AVCA Team Academic Award three times while the men’s team has earned it once during Hamilton’s tenure.

For more information on the national search for the College’s next volleyball coach.

About Elizabethtown College Athletics
The mission of the Blue Jay intercollegiate athletics program is to provide Elizabethtown College students with varsity sport programs that support and enhance the students’ educational experience and develop important life skills. In our pursuit of excellence, we place the highest value on the principles of integrity, student-athlete welfare, sport and gender equity,…