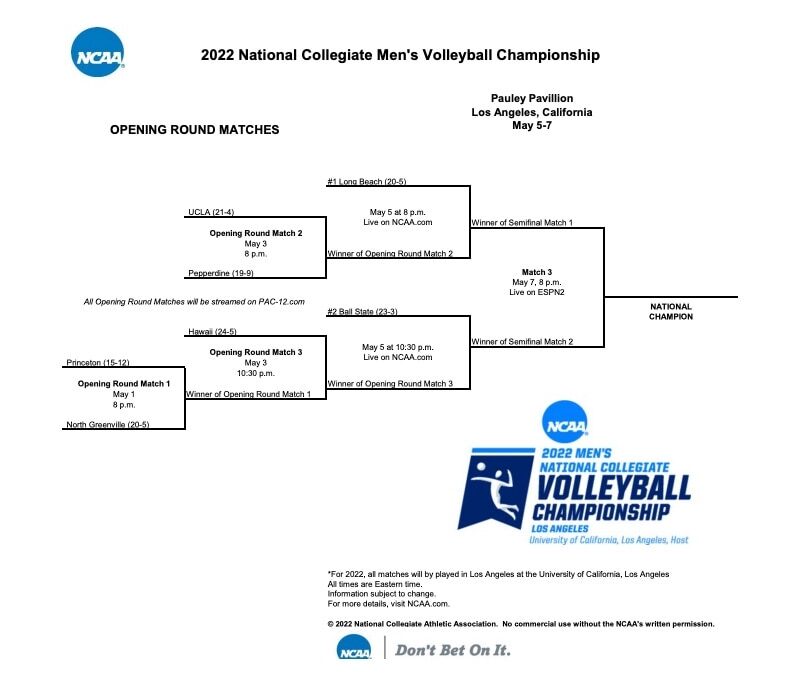 The NC men’s volleyball national championship is staying in Hawaii.

The two Big West Conference members met four times this year. Long Beach State won the April 1 and 2 meetings. But when championships were on the line, Hawaii reigned supreme.