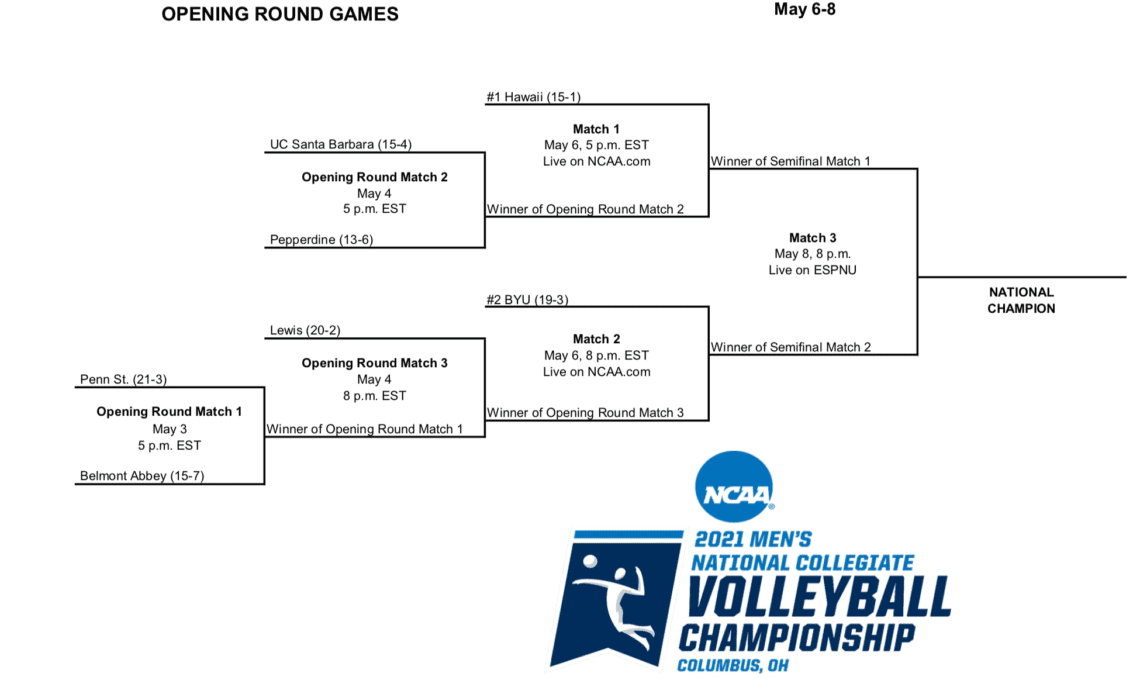 In the first opening round match, Penn State (21-3) will play Belmont Abbey (15-7). The winner will advance to the third opening round match to play Lewis (20-2), with the winner advancing to the championship bracket to play Brigham Young (19-3) at Ohio State.

The semifinal matches will be streamed live on NCAA.com and the championship match will be televised live on ESPNU and will be played at the Covelli Center in Columbus, Ohio.