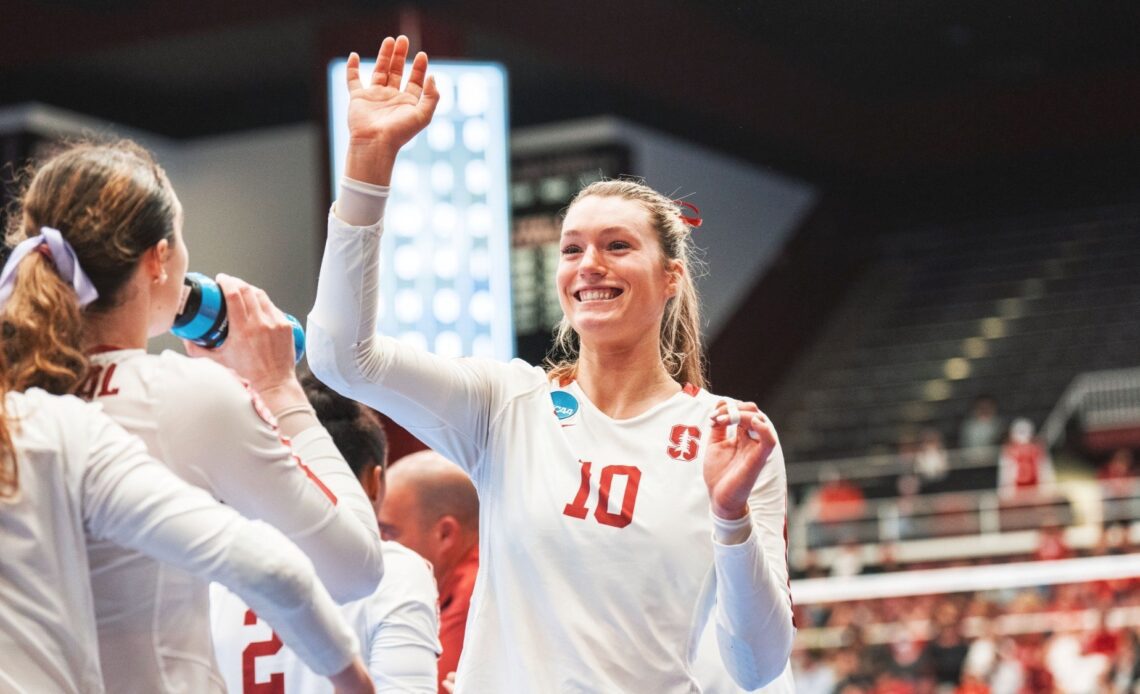 STANFORD, Calif. – Opposite Kendall Kipp has been named one of four finalists for the Class of 2023 Honda Sport Award for Volleyball as announced today by Chris Voelz, Executive Director of THE Collegiate Women Sports Awards (CWSA).

The volleyball finalists were selected by a panel of experts and coaches from the American Volleyball Coaches Association (AVCA). The Honda Sport award winner for volleyball will be announced later this week after voting by administrators from over 1,000 NCAA member schools. Each NCAA member institution has a vote.

Hailing from Newport Beach, Kipp led Stanford with 4.51 kills per set on .319 hitting in 2022. The Pac-12 Player of the Year registered double-digit kills in 31 of 32 matches and ranked ninth nationally with 5.37 points per set and 11th nationally in kills per set. The AVCA Pacific North Region Player of the Year, she was also sixth in the Pac-12 with 0.37 aces per set.

The Honda Sport Award has been presented annually by the CWSA for the past 47 years to the top women athletes in 12 NCAA- sanctioned sports and signifies “the best of the best in collegiate athletics”. The winner of the sport award becomes a finalist for the Collegiate Woman Athlete of the Year and the prestigious 2023 Honda Cup which will be presented during the live telecast of the Collegiate Women Sports Awards Presented by Honda on CBS Sports Network in June.