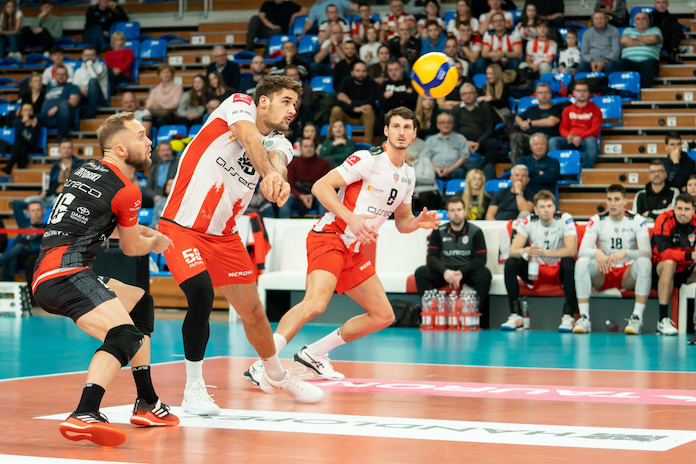 Other than the Russian Cup semifinals and final, there were no matches this past weekend. The PlusLiga played its 17th match day throughout the week and went into the holiday with a new team in first place. There were also some matches in Brazil, Germany, and the Czech Republic that took place before Christmas.

The Italian SuperLega scheduled a full slate of matches on Monday before the Coppa Italia matches starting Wednesday (today). The league in China is already into its postseason, and teams are playing at least three matches each week. With that season ending in January, it gives clubs in Europe the chance to try and sign players such as Thomas Jaeschke and Max Holt for the second half of the year.

Since the calendar year is coming to an end and many leagues are right around the halfway point, it is a good time to recognize a mid-season all-pro team of top Americans. Statistics, results, impact on the team, and level of competition were all taken into account when choosing these seven individuals.

Christenson lost only two matches all of last season. One happened to be in a one-match semifinal (a format not used anywhere else in professional volleyball). Kazan’s lineup is weaker on paper this season, but Christenson still leads his team to success in one of the toughest leagues in the world. Kazan is 12-2 and in second place and is hitting .407.
The former USC star has identified a hot hand and varied his offense by using four pin-hitters extensively. Maxim Mikhilov, Dmiitry Volkov, Sam Deroo, and Andrey Surmachevsky have all led matches in scoring more than once. Choosing to stay with a Russian club means that Christenson will not have a chance to make a Champions League run, but he is the best American setter so far this year.

DeFalco’s second year at Vibo Valentia proved to be a breakout year in his young career. After more than proving his worth last season at Indykpol AZS Olsztyn, he came to a Resovia club that had been meddling in mediocrity from its title-winning ways less than a decade ago. While it took DeFalco three matches to catch his rhythm in attack, he caught fire and hasn’t looked…