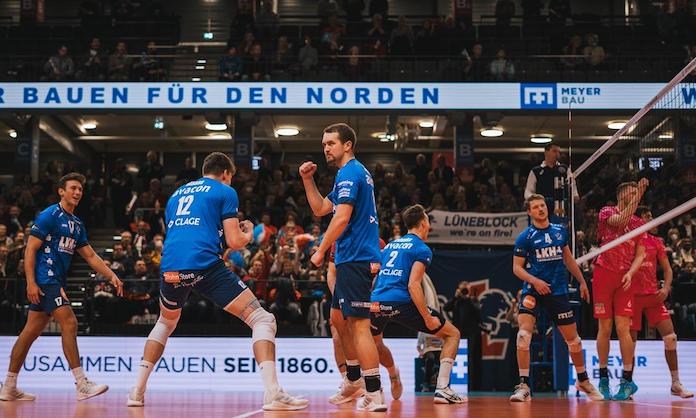 As the holidays approach, some leagues are about to go on hiatus until 2023 and some leagues have already started their breaks. Last week marked the end of CEV competitions until the second week of January.

The Polish PlusLiga has matches but none this weekend. The German Cup semifinal matches are taking place Wednesday (today), but there are no Bundesliga matches this weekend.

The Russian Cup traditionally concludes right around Christmas, and this year is no exception. Micah Christenson and Zenit Kazan will face Belogorie Belgorod on December 24 and will play in the final on Christmas if they win.

The Italian SuperLega is off this weekend. Lube Civitanova will make up a match against Siena Wednesday and then there will be a full slate of Boxing Day matches similar to the schedule of soccer’s English Premier League.

SVG Lüneburg eliminated Lycurgus with a 25-22, 25-17, 25-20 win in the second leg. No stats were available. Lüneburg will play Modena in the quarterfinals.

Poland: The PlusLiga announced its all-league teams for the first half of the season. TJ DeFalco made first team and Taylor Averil and Erik Shoji were on the second team.