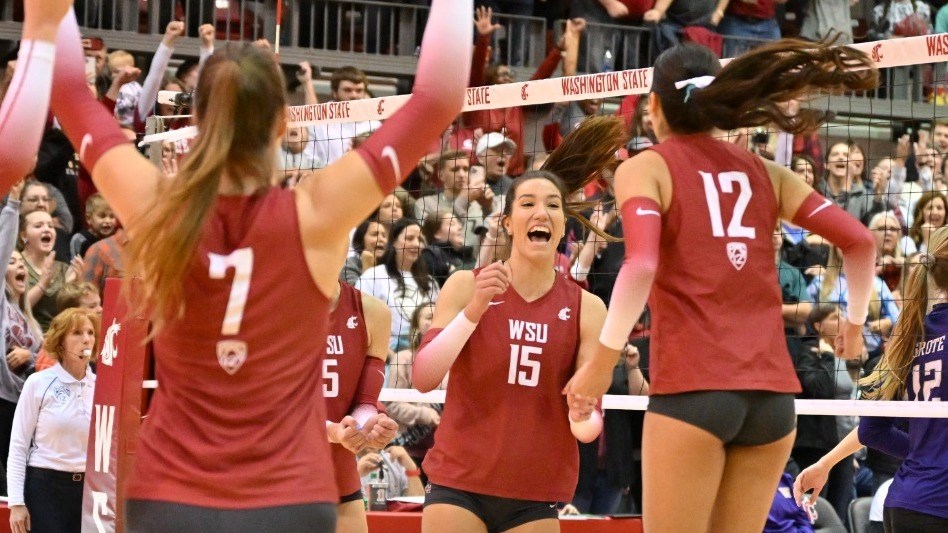 Jehlárová, a management major with a 3.74 cumulative GPA, finished the ’22 season ranked fifth in the NCAA with 176 total blocks as she climbed to second all-time at WSU with 600 career blocks at the end of the year. After posting the third-highest attack percentage (.389) in WSU history and 21 matches with five or more blocks, Jehlárová became the first player in WSU volleyball history to earn a fourth-consecutive first-team all-Pac-12 selection and was later the first Cougar to earn First Team AVCA All-American accolades since Sarah Silvernail in 1996.

A native of Prerov, Czech Republic, Jehlárová will head into her fifth season ranked second all-time at WSU in career block assists (483), blocks per set (1.44), and third all-time in career solo blocks (117). She averaged 1.58 blocks per set over the Cougs’ final 10 matches, tallying two matches with 10 or more blocks including a WSU three-set record 11 blocks in a sweep over Cal (Sept. 30).

Washington State finished the season 23-10 overall and 14-6 in the Pac-12 which is tied for its highest win total (23) under Head Coach Jen Greeny and tied for the highest conference win total in WSU volleyball history.  The Cougs earned an at-large bid to a seventh-consecutive NCAA Tournament run which ended this past weekend with a second-round exit at the hands of No. 2 seed San Diego.