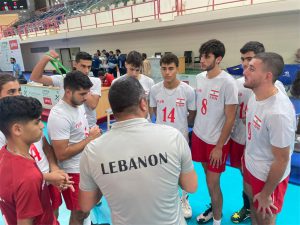 The Lebanon Volleyball Federation (LVF) has seen considerable improvement in the level of its national men’s and women’s teams thanks to coach support via the FIVB’s revolutionary programme of Volleyball Empowerment.

The LVF is currently benefitting from the first of two years of coach support, which builds on three months of coach support in 2018. The programme, which aims to increase the level of national teams all over the world, has allowed the LVF to hire Johnny Lakis, an experienced and full-time Head Coach. Lakis has been working with the men’s U19 and women’s national teams in Lebanon to help them achieve better results at international competitions.

“Volleyball Empowerment is truly marking a new era of volleyball development around the world. Strong national teams have the power to inspire a new generation of fans and athletes, all while attracting government support and sponsors. The LVF’s national teams continue to go from strength to strength through coach support. They achieved some great results in 2022 and I look forward to seeing the teams go even further in 2023.”

“The Volleyball Empowerment programme has greatly benefited our National Federation and the development of our national teams. The FIVB’s support has also allowed us to better structure and strengthen the staff within our volleyball sector. Over 120 players, both men and women, joined national team training sessions conducted during the year.” 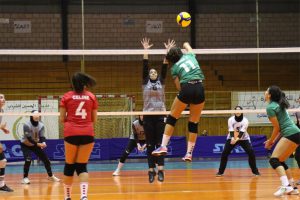 The women’s national team in action

The support helped to boost the preparations of the women’s national team ahead of the West Asia Women’s Volleyball Championship which took place in Jordan. In the championship match, Lebanon overcame Jordan 3-0 to take the title with an unbeaten record across nine days of competition.

Meanwhile, the men’s U19 team took part in the U19 West Asia Championship on 22-31 July 2022. The team showed great heart to advance through to the semi-finals before falling to Bahrain 3-1. Overall, the U19 team placed fourth in the competition.

“The FIVB’s support has helped to elevate the level of national teams in Lebanon. The U19 national team’s performance in the tournament was commendable,…