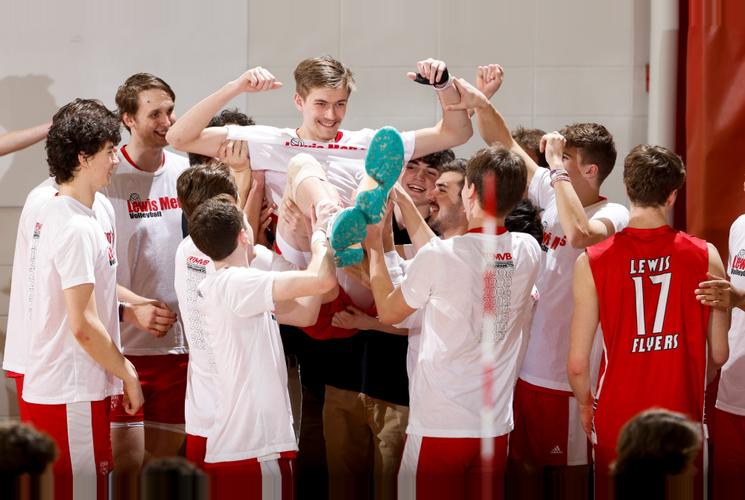 
ROMEOVILLE, Ill. – The Lewis men’s volleyball team is set to compete in the First Point Collegiate Challenge in Austin, Texas this week against No. 8 Stanford on Friday (Jan. 20) and No. 5 Pepperdine on Saturday (Jan. 21).

Stanford leads the all-time series between both programs, 6-4, but Lewis has won the last three matchups including the most recent meeting back on March 7, 2020. 3-1. Kevin Kauling (Naperville, Ill./Neuqua Valley) recorded 21 assists in that victory.

Pepperdine leads the all-time series between both programs, 5-2. The Wave won the most recent meeting back on January 28, 2022, 3-0. Kauling recorded 14 assists while Morgan picked up 13. Michael Sack (Oak Lawn, Ill./St. Laurence) picked up eight kills.

Lewis went 3-0 this past week with sweeps over Missouri S&T and King, along with a four-set over UC San Diego. Max Roquet (Johnston, Iowa/Johnston) led the way with 27 kills and 17 digs which awarded him MIVA Defensive Player of the Week then Kauling recorded 67 assists.

Lewis is ranked No. 15 in the NVA/AVCA Men’s Volleyball Division I-II Coaches Poll that was released on January 16. Pepperdine is ranked No. 5 while Stanford ranks No. 8.