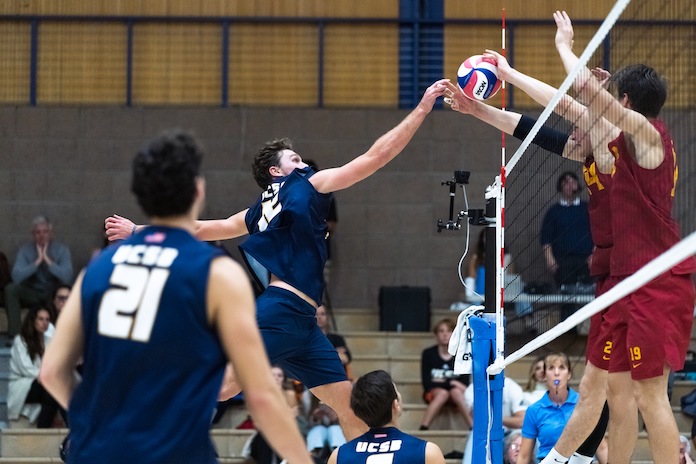 Louisville added UCLA outside hitter Charitie Luper. Louisville, coming off its appearance in the national-championship match, replaced graduating ACC player of the year Claire Chaussee with Luper. When healthy, the 5-foot-9 outside hitter is dynamic. As a freshman at UCLA, the product of Dallas averaged 3.39 kills per set but played in just 18 matches. This past season, she played in 78 of UCLA’s 108 sets averaged 3.28 kills and got honorable mention on the All-Pac-12 team.

LSU, which made the NCAA Tournament for the first time in five years, added Wisconsin’s Jade Demps. Demps, who will play right side for the Tigers, was a key cog on the Badgers’ 2021 NCAA-title team. This past season, the 6-2 product of Raleigh, North Carolina, played in 27  of Wisconsin’s 32 matches but only 69 of its 116 sets. She had 80 kills and 22 kills.

Oregon picked up Baylor middle Kara McGhee. The 6-5 product of San Antonio was a VolleyballMag.com third-team All-American and averaged 2.41 kills and hit .368 for the Bears this season.

FRIDAY MEN: There are 13 matches and not all are being streamed or televised. If it’s being shown, we have the viewing links in our VolleyballMag.com TV & Streaming Listings.

Stanford, which we profiled earlier this week, opens at home against Saint Francis.