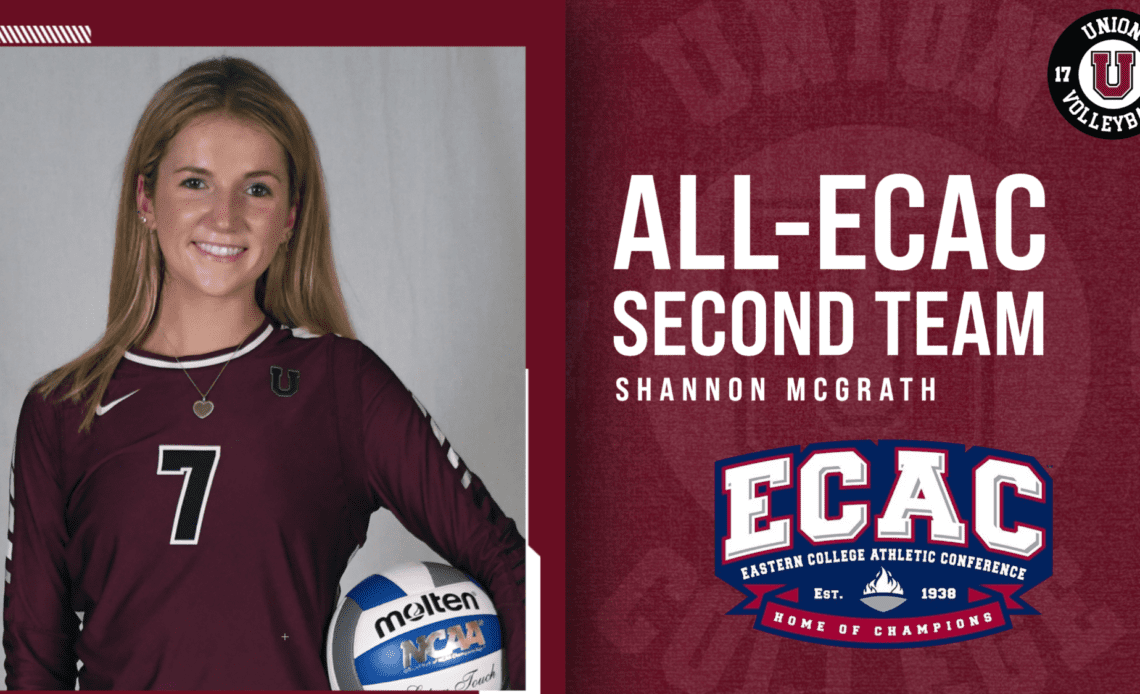 McGrath is the only first-year among the 13 players recognized this season, and Union is the only school north of New York City to have a player on the All-ECAC teams. McGrath is the first Union volleyball player to earn All-ECAC honors since 2015, when Rachel Wyman ’16 was named to the ECAC Metro/Upstate All-Star Team.

McGrath had an excellent rookie season for Union as the team’s top outside hitter, leading the team with 283 kills and 47 service aces to go with 194 digs and 22 assists on the way to All-Liberty League second-team honors. She finished the year third in the Liberty League in both kills per set (3.58) and service aces per set (0.59) and also ranked second among all conference players in points per set (4.23). Nationally, she finished the year ranking eighth among first-years in points per set and 53rd overall.

With McGrath leading the way, Union finished the 2022 season with a 13-15 record and reached the Liberty League Tournament for the first time since 2016, earning the program’s first postseason win since 2015 in the process.