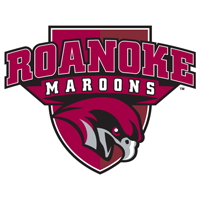 IMMACULATA, Pa.- The Immaculata men’s volleyball (1-1) was back in action this afternoon when they defeated the University of Valley Forge 3-0 in their home opener.

In the second set, the teams exchanged the lead back and forth. Within Immaculata leading 14-13, Matthew Pfister served three straight points including a service ace to extend the Macs lead to 18-13. Immaculata would go on to take the second set 25-17.

In the third set, the teams continued to exchange the lead. With Valley Forge up 9-8, Immaculata used a five-point run led by four straight points served by Evan Timlin to put the Macs up 13-9. Immaculata would go on to close out the match behind four kills by Jack Debes going down the stretch.

Immaculata was led on both sides of the ball by Garrett Pepper led the Macs with 17 kills, and 10 digs, and Jack Debes who added nine kills and seven digs. Joe Martell contributed five kills and led everyone with 25 assists. Matthew Pfister led Immaculata with two service aces.

The Immaculata men’s volleyball team will be back in action on Saturday, January 28th when the travel to Frederick, Maryland to take on Hood College and Roanoke College in a tri-match. Immaculata will play Roanoke at 12:00 PM, and Hood College at 2:00 PM.