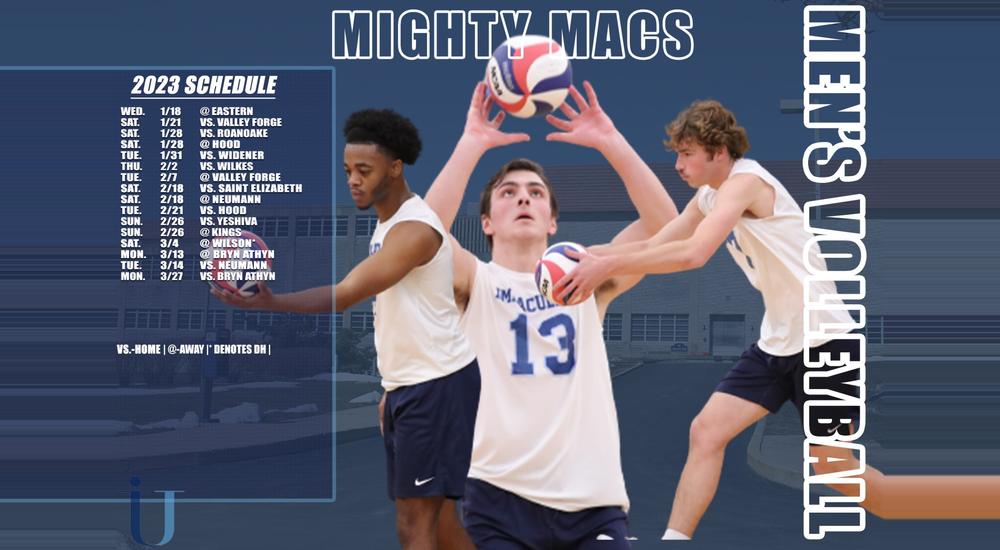 
IMMACULATA, Pa.- Head Coach Rob Smith and the Immaculata men’s volleyball team announced their schedule for the upcoming 2023 season. The Mighty Macs have left the Continental Volleyball Conference and will play a 17 match NCAA Division III independent schedule in 2023.

The Macs will begin their season on the road on Wednesday, January 18th when they visit Eastern University. Next, the Macs will return home on Saturday January 21st for their home opening match vs. the University of Valley Forge.

On Saturday, January 28th the Macs will be on the road for a tri-match vs. Roanoke College and Hood College in Frederick, MD.

Immaculata will be on the road on February 7th to play the University of Valley Forge, before heading to Neumann University on February 18 for a tri-match with Neumann and Saint Elizabeth University.