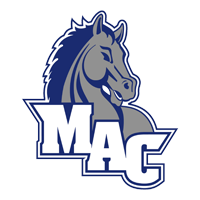 The first set began in a back-n-forth fashion as a kill from Steve Swain tied up the set, 8-8. Two kills from King’s (Pa.) put the Monarchs in front by one. After trading points, a King’s service error gave the Blue Jays the lead at 15-14. King’s then went on a 4-0 run which created the greatest lead so far in the first set. A kill from Tony Camillo and an ace from Blake Hildebrand brought Etown with one of the Monarchs at 18-19. An Elizabethtown service error and an ace kept the Blue Jays trailing, 22-23. With a kill and a service ace, King’s won set one, 25-22.

Starting off set two, Elizabethtown jumped to a 5-3 lead following a Dustin Hagin kill. Etown then put up three consecutive points after their own attack error to lead by four. The Monarchs and Blue Jays began to trade points before Etown picked up another three points in a row from Kyle McKiernan, Camillo, and Nick Chapman. King’s snuck in two points before Elizabethtown’s Swain smacked down three kills as Etown led, 20-11. King’s then ended set two on a 6-2 run but it wasn’t enough for the Monarchs as the Blue Jays won, 25-18.

Elizabethtown carried their momentum from set two to three as they started off with a 6-3 lead following four points in a row. King’s took over the lead by one as they recorded four consecutive kills. Led by three King’s errors, Etown went on a 5-2 run as they led, 13-12….