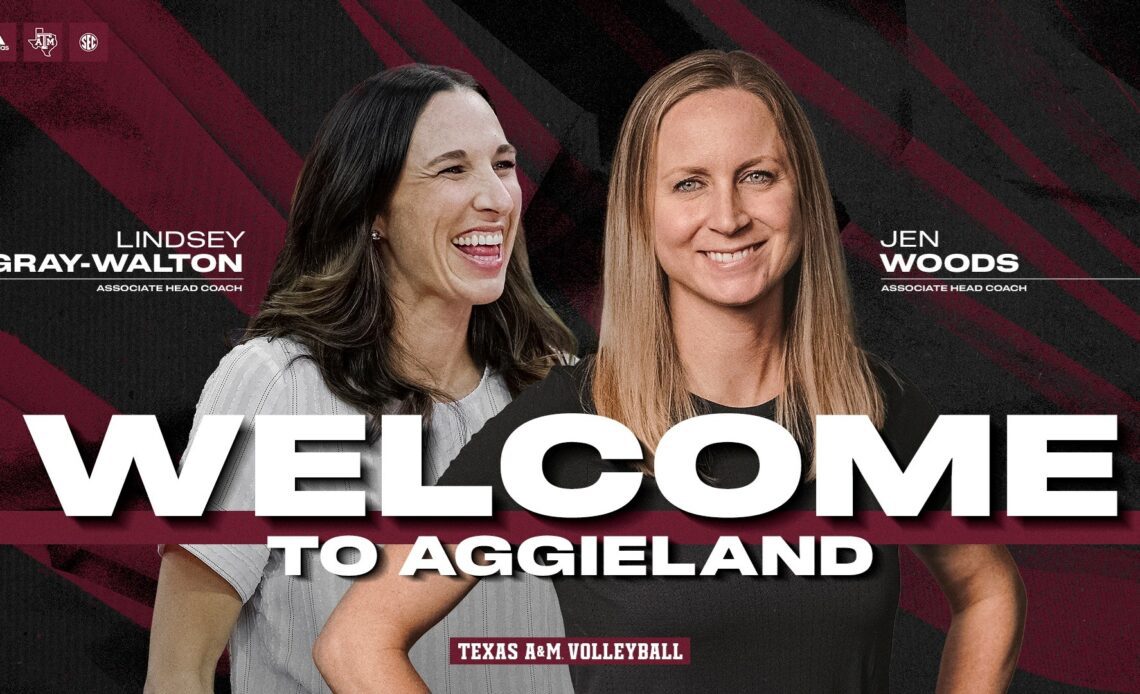 Gray-Walton brings an abundance of NCAA coaching experience to the Aggie coaching staff. Most recently, she held the head coaching position at Oklahoma for five seasons, guiding the Sooners to the NCAA Tournament in 2019, their first appearance since 2014.

No stranger to the Southeastern Conference, Gray-Walton spent eight seasons as an assistant coach and recruiting director for Craig Skinner’s staff at Kentucky prior to taking the head coaching job at Oklahoma. She worked closely with the back row passers and outside hitters, while helping lead the development of three-time SEC Libero of the Year Ashley Dusek. Gray-Walton served in the same role at the College of Charleston in 2009, helping the Cougars to the Southern Conference title and a spot in the NCAA Tournament.

“First off, I would like to thank Ross Bjork, Kristen Brown, Jamie Morrison and the 12th Man for welcoming us to College Station,” Gray-Walton said. “After being here and experiencing the A&M culture, there is undoubtable ability to attract the most elite volleyball players in the country to A&M. I look forward to starting this journey with the 12th Man as we start our quest to be one of the elite volleyball programs in the SEC and the country.”

She added, “It’s the opportunity of a lifetime to work alongside Jamie Morrison in the championship endeavor we take on. The dedication of this staff matches that of A&M’s dedication to their women’s sports programs. It’s a transformational time for the national landscape of our sport and even more exciting time to be a Texas A&M volleyball fan.”


“Lindsey is one of the best recruiters the SEC has ever seen. She helped build Kentucky from scratch, piece-by-piece, into what it is today. She is a connector that draws human beings together and encourages them to be themselves,” Morrison said. “On the court, she has developed some of the best liberos in the country and will continue to do so at Texas A&M. I couldn’t be more excited to welcome Lindsey, Kyle, Berkley and Scottie into the Aggie family.”


Woods returns to her alma mater to join Morrison’s staff, bringing a range of coaching experience to…