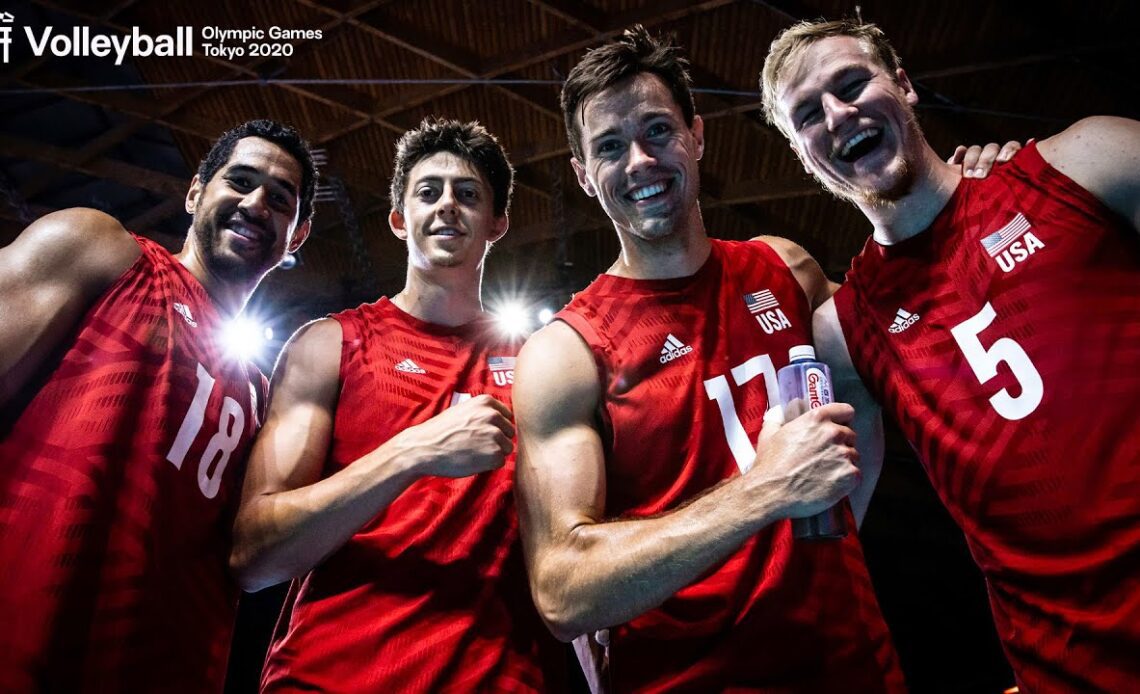 Enjoy watching the most powerful and impressive plays by Men’s Volleyball team USA – 3x Olympic Champion (Los Angeles 1984, Seoul 1988, Beijing 2008) and 2x Olympic Bronze Medallist (Barcelona 1992, Rio de Janeiro 2016)! As the birthplace of volleyball, the United States had the first association to regulate the sport. They competed in the inaugural volleyball Olympic tournament in 1964. USA have won the FIVB World Championship in 1986 in Paris, as well as four golds at the Pan American Games and eight at the NORCECA Championships. Of the nine times that the USA have competed at the World Cup, they have finished fourth five times, most recently in 2007. They won the event in 1985, and last time out in 2011 they finished in sixth place, eight points away from the medal positions. hat success was the first of two podium finishes for the United States in the World Championships and was followed by a bronze medal in 1994. Do you think they can make it to the Finals at Tokyo 2020 and add one more Olympic Medal? Let us know in the comments. #TokyoHereWeGo #Tokyo2020 #VolleyballWorld