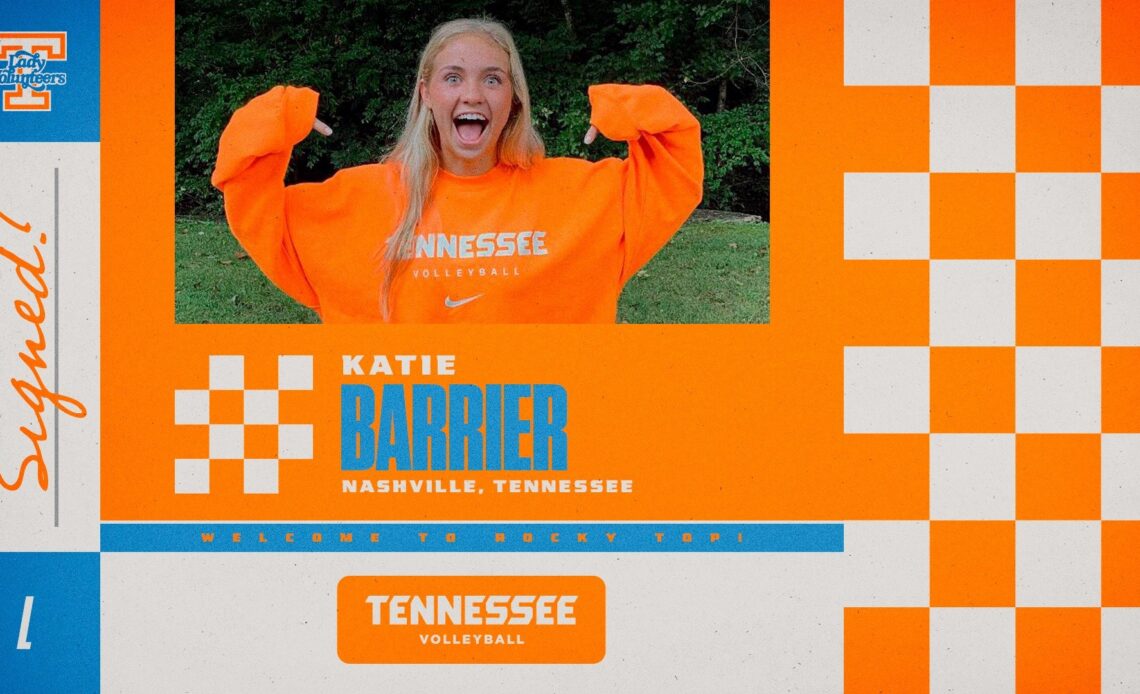 “It was a dream of mine to play at Tennessee and represent my state,” Barrier said. “I knew from the minute I first attended a Lady Vols volleyball camp that this was the place for me. I had an instant connection with the coaches, team and campus. The Lady Vols’ winning tradition and school support for women in athletics were key factors in my decision.”

“Katie Barrier is one of the best players in the state of Tennessee, regardless of position,” head coach Eve Rackham Watt said. “We are excited to keep her home and believe she has tremendous potential.  Katie is a relentless defender who makes spectacular plays and extends rallies. Additionally, one of the things our staff loves most about Katie is her competitive spirit and vocal presence on the court. We believe Katie makes her teammates better and has great leadership qualities. We look forward to having Katie join our Lady Vol Volleyball family.”

A four-year starter at Ensworth, Barrier was named a team captain for three seasons and guided the Tigers to a pair of DII-AA state semifinal finishes. She has been named All-Region three times and garnered MaxPreps Underclass Second Team All-America honors.

She was also named to the AVCA Phenom List on three occasions while being chosen for the 2023 JVA Ultra Ankle Libero Watch List and the PrepVolleyball watch list for liberos/defensive specialists.

She played six years with Tennessee Performance – making several deep runs with her teams at nationals with three different top-five placements during her time at TPV.

From an athletic family, Barrier has three uncles that were members of the golf team at Ole Miss along with one uncle and a cousin who played football for the Rebels. She is also related to John Melvin “Bubba” Phillips who played 10 seasons in the MLB with the Detroit Tigers, Chicago White Sox and Cleveland Indians.