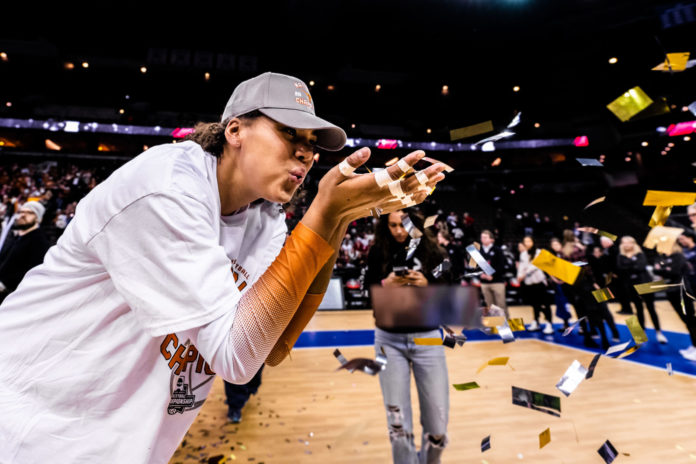 When the NCAA season ends, the stars take a holiday break and many of them head around the world to play pro volleyball. There are quite a few this year who have gone overseas, including VolleyballMag.com national player of the year Logan Eggleston of Texas:

Two of last year’s biggest stars are headed to Türkiye.

Eggleston will join Galatasaray, which is trying for its first podium finish since 2017.

Another VBM first-team All-American, Brooke Nuneviller, will join Nilufer Belediyespor. Nilufer is sixth in the Turkish league, chasing its best league finish since 2011.

Also going to Türkiye is Washington’s Marin Grote. She joins SigortaShop, which is playing its second year in the league’s top division. Sarah Cruz (UTRGV) will join Bolu in the Turkish first division.

Two Louisville Cardinals will make their pro debuts in the top Italian League, A1.
ACC player of the year Claire Chaussee joins HR Volley Macerata, which is hoping to avoid relegation in its first season in the top division.

Louisville setter Raquel Lazaro, who is from Spain, has joined Megabox Vallefoglia, which is in its second season in the top division. Lazaro joins USA Olympians Micha Hancock and Annie Drews.

Maryland’s Raineille Jones has joined Union Volley Pinerolo, which is also hoping to avoid relegation in its first season of A1 competition.

In A2, the Italian league second division, Utah’s Madelyn Robinson will join Akademia Sant’anna Messina. Messina is in its first season in A2 after being promoted last season.

Puerto Rico was once the prime destination for the new NCAA graduates and it seems to have returned to that status.

Las Criollas de Caguas picked up Texas middle Kayla Caffey and and the Penn State pair of Kashuana Williams and Seleisa Elisaia. Caguas is one of the most successful teams in Puerto Rico, with 14 league titles.

Nebraska’s Madi Kubik will join the newly rebranded Las Cangrejeras de Santurce, based in San Juan. Kubik will be joined by 2018 Kansas grad Gabby Simpson, who is making her own professional debut. Santurce did not play in last season’s edition and has not won a title since 1992. Former Husker Callie Schwarzenbach joins Atenienses de Manati, which is playing its second season in the league.