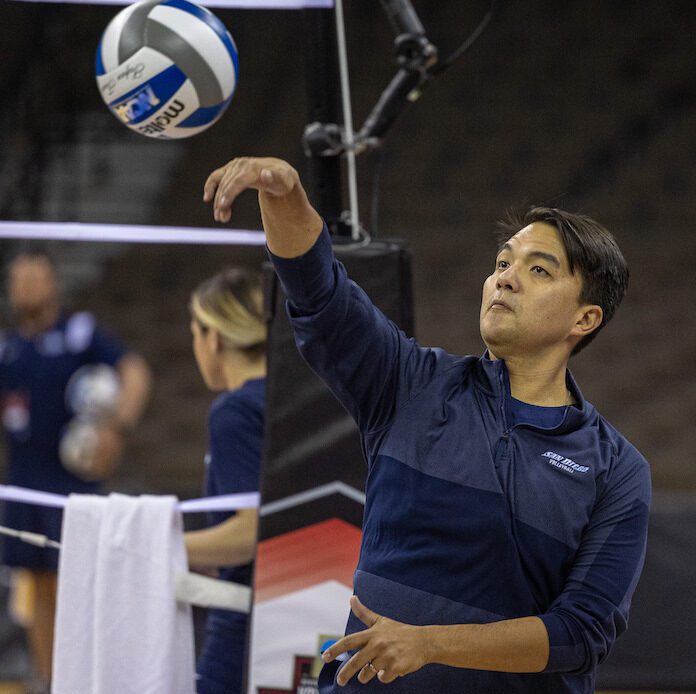 Catching up on the NCAA Division I women’s volleyball coaching carousel now that UCLA has named its coach.

With Alfred “Alfee” Reft leaving San Diego for Westwood, and Missouri and Texas A&M making hires, it leaves four openings in Power 5 conferences, Washington and Oregon State in the Pac-12 and Kansas State and Oklahoma in the Big 12.

Reft is a former assistant at Minnesota and Illinois. He was at San Diego for three seasons where head coach Jen Petrie was always quick to credit his teaching and coaching.

“Alfee is a brilliant volleyball mind with a charismatic personality that is sure to bring UCLA volleyball to national prominence,” Petrie said. “UCLA volleyball players, fans, alumni and the entire University are in for spectacular success with Alfee Reft at the helm.”

Reft, a libero, played at UC Santa Barbara and Hawai’i and then played pro for seven years. He was a member of the USA national team including being an alternate for the 2008 Olympics.

SULLIVAN TO MIZZOU: Missouri hired Dawn Sullivan, for the past five years the head coach at UNLV. This past season the Rebels finished 26-5 after winning the Mountain West regular season at 17-1. They were upset in the MWC tournament but got an at-large bid to the NCAA Tournament where they got swept by Washington State.

Sullivan, who played at Kansas State, also coached at Iowa State and Illinois State. At UNLV she had a record of 109-38.

A&M TABS MORRISON: Jamie Morrison, whose last stint in college was as a volunteer at Texas, has been hired at Texas A&M. He has also been an assistant at UC Irvine, Concordia, USC, US Santa Barbara.

Morrison has vast experience with USA Volleyball, serving as an assistant coach for both the men’s and women’s national teams and working closely with head…