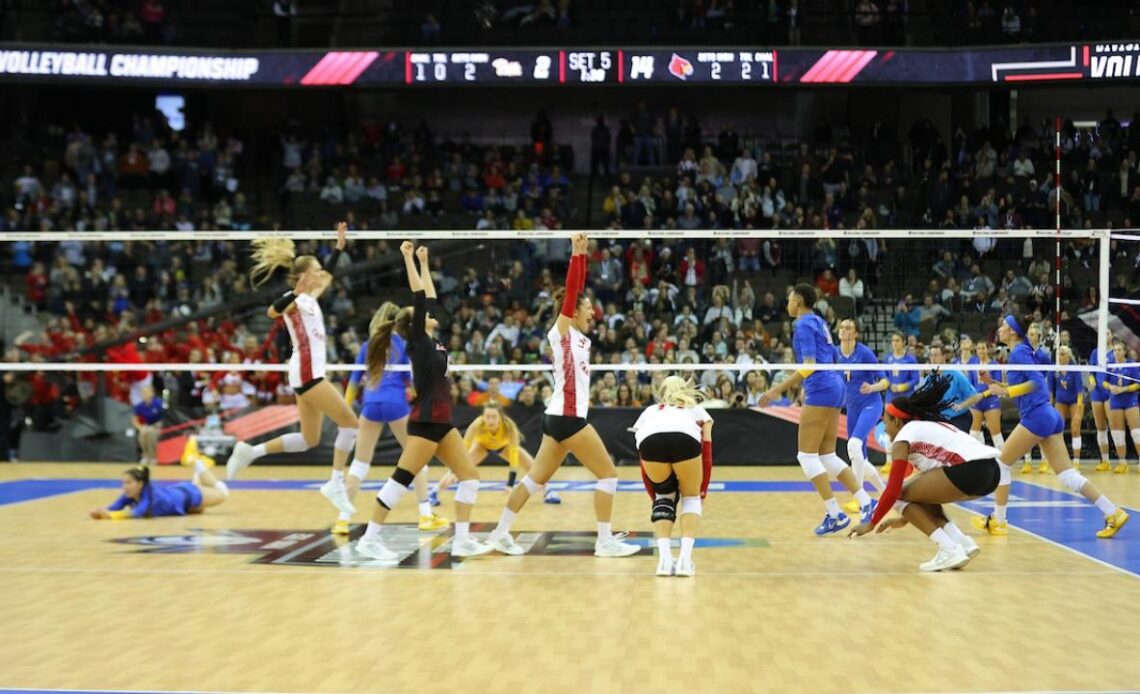 After last season’s title matchup between two Big Ten programs, we have a Big 12-ACC battle on Saturday night. The No. 1 overall seed Texas Longhorns will take on fellow one seed Louisville for the trophy at 8 p.m. ET Saturday, Dec. 17 on ESPN2. We will be covering the championship live here with updates, stats and analysis during the match, and you can stream the game here.

How each team fared in the semifinals:

The Texas Longhorns had the first match of the evening and took down San Diego in four sets. The Toreros came into the match as the underdogs but came out on fire. The Longhorns had been the best team in the nation all season, but had some jitters early in the match. The Longhorns were held to a low .056 clip in the first set. Logan Eggleston, the AVCA National Player of the Year, was held to just four kills hitting .000 with three service errors. Madi Skinner led Texas with five kills on .833 hitting, but the team struggled with a lot of errors early on.

The Longhorns adjusted and responded as Eggleston was finding her way. Saige Ka’aha’aina-Torres started to utilize her other hitters, giving Molly Phillips, Madi Skinner and Asjia O’Neal some time to shine. They picked up the slack. If it goes to show how deep this roster is, the team hit .330 in the second set while Eggleston was still hitting under .100. They have so much offensive parity, and the defense started showing out as well. Zoe Fleck did a phenomenal job in the backcourt, enabling Eggleston to regain her rhythm and get her game going again. By the third set, the Longhorn defense was up to 11 blocks and San Diego was held to .000 hitting.

From there, Texas cruised. Skinner paced the attack with 17 kills on .394 hitting and Eggleston ending up closing out with 16 kills on .196 hitting — including the clinching point.