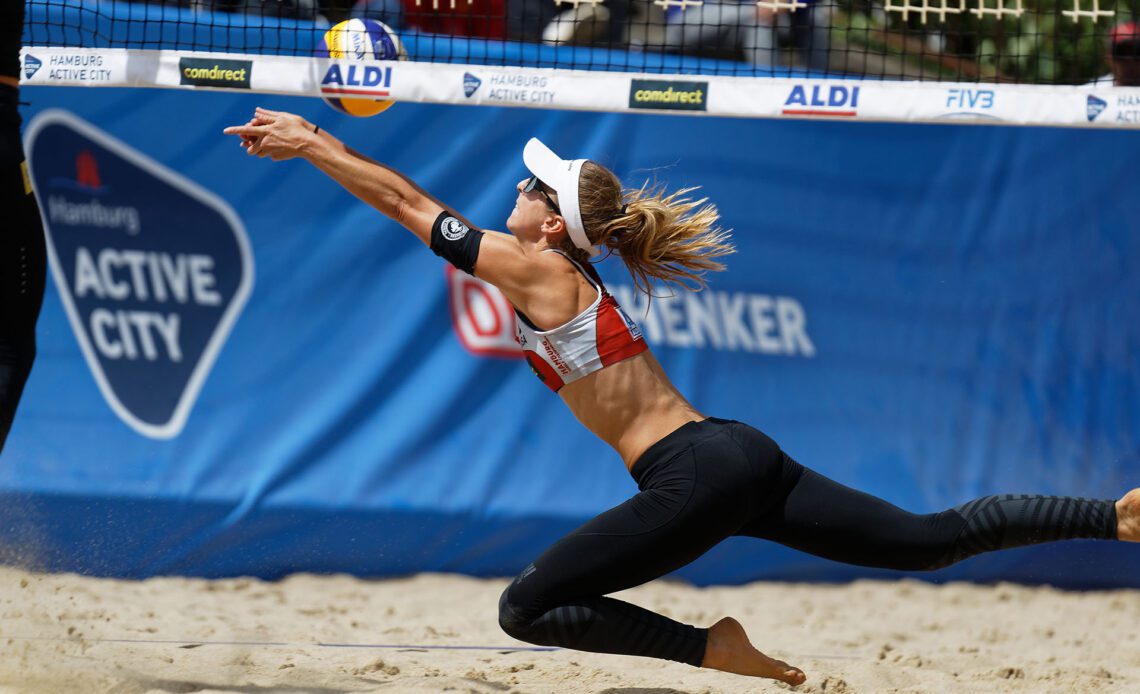 HERMOSA BEACH, Calif. — The beaches in Hermosa Beach, Calif. have been unusually rainy, and therefore unusually empty, in the first two weeks of January. But when the sun has occasionally decided to resume it’s normal habit of showing itself during the day, the courts on first, eighth, sixteenth, 29th, and up past Marine Street in Manhattan Beach have been host to mostly the same players, only different teams.

The upheaval in partnerships, a reorganization that was largely expected before the onset of Olympic qualifying, has been fairly major on the women’s side.

It has been an avalanche of switch-ups triggered by Kelly Cheng and Sara Hughes rekindling their college flame. Betsi Flint, Cheng’s former defender, has officially picked up Julia Scoles, after a successful test event in Torquay, Australia, where they won a silver medal in a Volleyball World Elite 16. Kolinske, Hughes’ former blocker, announced a partnership with 24-year-old Hailey Harward, who played with seven different players in her rookie professional season and was the runner-up Rookie of the Year.

All four of the aforementioned players won at least one AVP in 2022, most notably Kolinske, who claimed her first Manhattan Beach Open title with Hughes. Harward and Scoles, the 2022 VolleyballMag and AVP Rookie of the Year, both claimed their first AVP wins, Harward in Fort Lauderdale with Tina Graudina, Scoles with Geena Urango in Atlanta.

A little ways down the rankings, Savvy Simo and Toni Rodriguez also confirmed their expected partnership, understanding that the odds of a berth into the Paris Olympics are low, but they’re going for it anyway.

After all of those mixups, it places, in order of Volleyball World entry rankings — which are different than World Rankings, and different than AVP rankings, and different than Olympic rankings — Cheng and Hughes on top, Flint and Scoles No. 2, Sarah Sponcil and Terese Cannon three, Kristen Nuss and Taryn Kloth four, Emily Stockman and Megan Kraft five, Corinne Quiggle and Sarah Schermerhorn six, Kolinske and Harward seven, and Simo and Rodriguez eight. It leaves Zana Muno as arguably the top free agent at the moment, and there is always the question of what April Ross and Alix Klineman are doing, as well as Kerri Walsh Jennings and Logan Tom.

Others with international points and evident aspirations to keep an eye on are Molly Turner, Carly Kan, Maddie Anderson, Xolani Hodel, Brook Bauer, and Katie Horton,…