No. 10 USC Men’s Volleyball Set For Matadome Matchup with CSUN 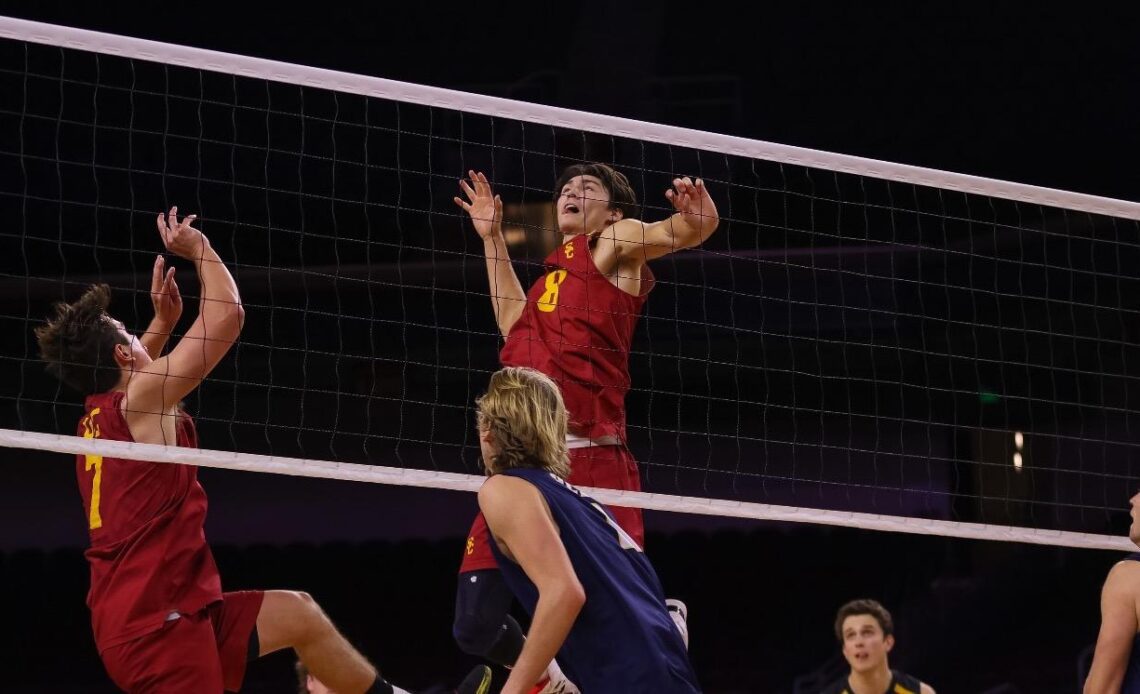 LOS ANGELES – The No. 10 USC men’s volleyball team (5-2) heads to the Matadome in Northridge, Calif., for a midweek meeting with CSUN (4-2). The Trojans and the Matadors will clash for the second time this spring when the teams take the floor on Wednesday, Jan. 25, for a 7 p.m. PT start. USC claimed its first 3-0 sweep of the season when the teams played on Jan. 6 in the ASICS Invitational and has beaten CSUN four consecutive times. The match will be shown live on ESPN+.

LAST TIME OUT: The Trojans went toe-to-toe with a pair of Big West foes and fought through back-to-back midweek five-setters for the split. USC had a four-match win streak stopped by seventh-ranked UC Irvine on the road but rebounded to claim a five-set victory over No. 12 UC Santa Barbara in front of a record-setting crowd for a home opener at Galen Center. Nate Tennant, Ryan Sprague, and Kevin Kobrine each logged their first…