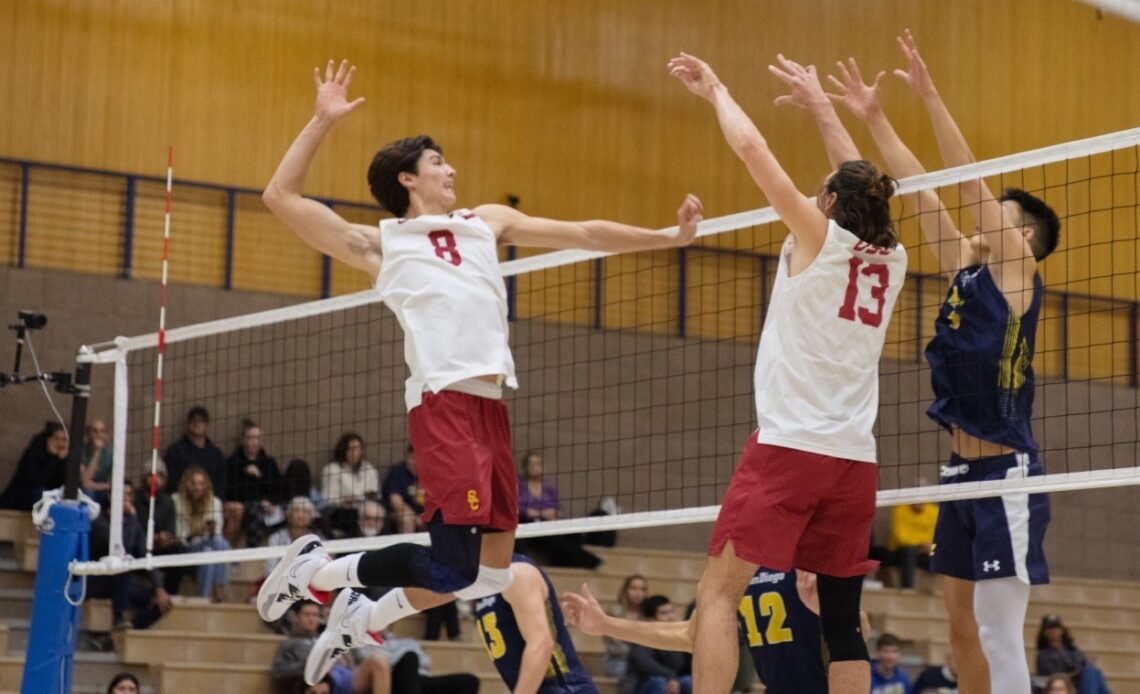 
LOS ANGELES – The 10th-ranked USC men’s volleyball team (4-1) rides a four-match win streak as it takes on a pair of ranked Big West opponents this week. The Trojans head to Irvine, Calif., for a Wednesday-night meeting (Jan. 18) with No. 7 UC Irvine (3-0) at 7 p.m. PT and then host No. 12-ranked UC Santa Barbara (1-4) in their home opener on Thursday (Jan. 19) at Galen Center. The first 1,000 fans in attendance at Galen Center on Thursday receive a special promotional T-shirt.