Older, shorter players, volleyball still has a place for you on the senior level 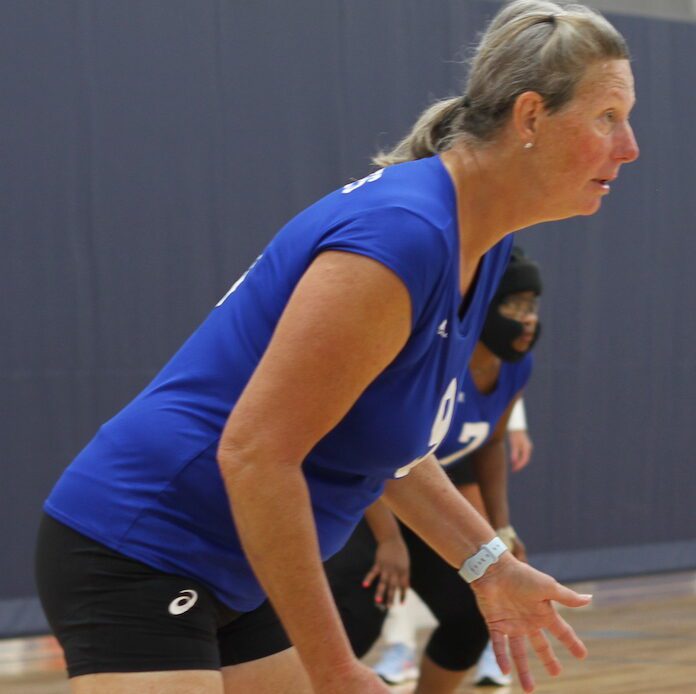 Editor’s note: Ray Glier is a veteran reporter and author who lives in Atlanta. His work has appeared in major news outlets, including The New York Times, Washington Post, ESPN, Los Angeles Times, MSNBC, Vice, Atlanta Journal-Constitution and many others. He has created Geezer Jock News, a website devoted to senior athletes. Contact him at ray@geezerjocknews.com

By Ray Glier for VolleyballMag.com

During the college volleyball postseason, 60-year-old Connie Armstrong couldn’t wait to get in front of the television to watch the NCAA Tournament. She marvels over the athleticism of the players, especially the hitters who wind up and swing away again and again. They have ridiculous talent to go with competitiveness, Armstrong said. It gets her revved up for her own volleball tournaments, which include many former college players.

But what strikes Armstrong most about today’s college game is not the athleticism. It’s the height of the players. They are light-bulb changers, so many well taller than 6 feeet. The average height of a Division I player, according to NCAA data, is 6 feet, which, counting setters and liberos, is quite something.

There wouldn’t seem to be room for Armstrong in today’s higher-level college game. She had what they have — attack jump and approach jump — but she was missing one thing.

In 1987, Armstrong was on the first Division I team at the University of Central Florida,. Armstrong was a freakish athlete, too. She could get above the net with her vertical and could swing away.

She was, in a way, the Spud Webb of her volleyball generation, recalling the former 5-foot-6 North Carolina State star basketball player, who had a 12-year NBA career.

“Is there room for somebody like me in today’s game?,” asked Armstrong, who played on the AVP Tour for three years after college. “Yes. It would take a huge work ethic and extreme jumping ability, but you could do it.

“I did it. I ran the stadium steps, lifted weights, and worked really hard. A shorter athlete can still play this game. I could get over the net and was a hitter.”

When we visited with her, Armstrong was competing at the Florida Senior Games for Beaches, a 60-64 year old women’s team. She is a certified trainer in Port Orange, Florida, and while she can no longer routinely get over the net, she has fast feet and plays a different game of angles and cunning, albeit with less…