The Palestinian Volleyball Federation organized the Baraem Championship for youngsters born in 2008-2011 at Salfit Sports Hall on Saturday, with the aim of selecting the national team for Baraem that will participate in the Arab Championship in July in Saudi Arabia.

Around 200 promising players of the age group from various clubs had participated in the championship as part of the mini-volleyball programme.

PVF President Mr Hamza Radi presided over the event, with members of the Board of Directors, and Rani Asfour, founder of mini-volleyball in Palestine, in attendance. 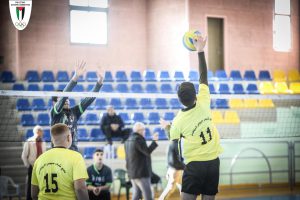 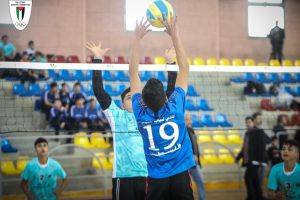 Radi valued the role of those in charge of this activity and its success as required, praising the mini-volleyball program and the technical activities it has achieved in cooperation with clubs and schools. 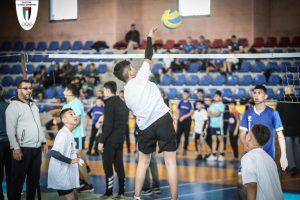 Asfour expressed his happiness with the turnout witnessed by this activity from Al-Ittihad clubs, and the interest in the young age groups, which are the future of the game and the national teams.

He thanked the federation for supporting the mini-volleyball program, which began years ago and has aimed to spread the game among the buds and juniors. 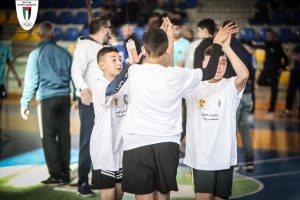