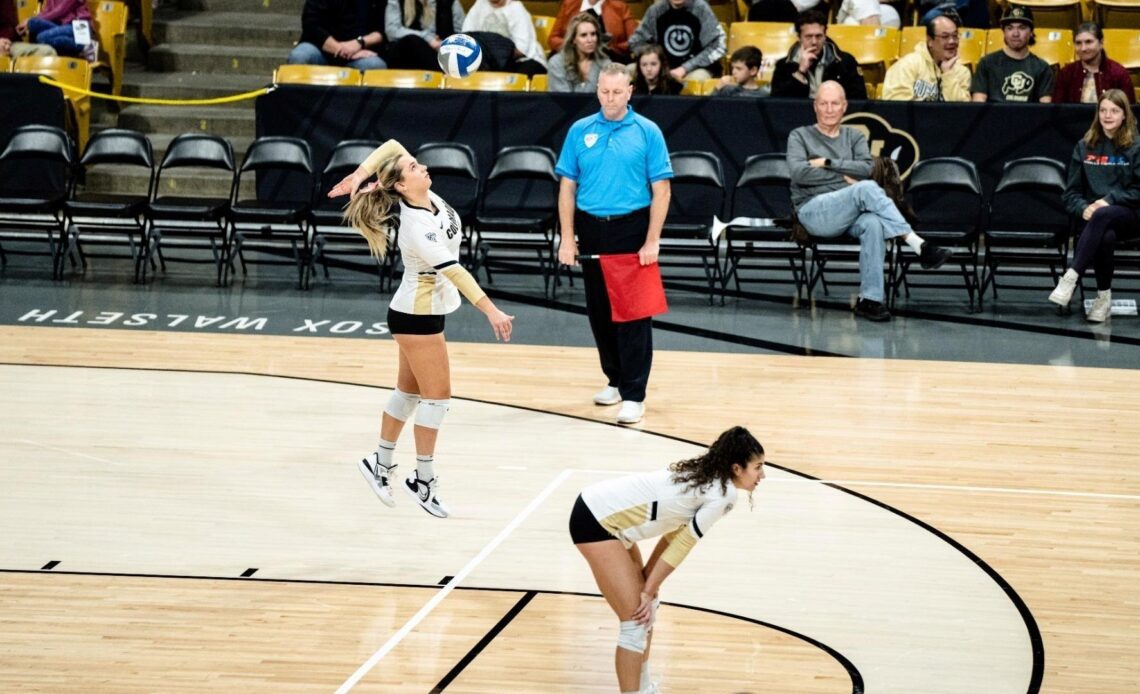 
BOULDER — The Center for Leadership announced today that Savannah Perry has been named a Student Leader of the Year, making her the first volleyball player to receive the award.

Perry, a defensive specialist from Ames, Iowa, is one of eight recipients selected for the prestigious award. To be eligible, nominees must highlight how they have made an impact on leadership education at CU Boulder.

Before graduating with an Integrative Physiology degree in December, Perry was the president of the Scripps Leadership and Career Development Program. The program focuses on providing student-athletes with career development opportunities and resources. Perry also played a leadership role on campus by being involved in the Presidents Leadership Class.

In addition to being the first volleyball player to be granted the award, Perry is only the fourth student-athlete in CU’s history to earn the nomination following the selections of Paxton Smith, Alisha Lau, and Joska Gustav.

“I am honored to receive this award. I am thankful to have had the opportunity to work with and learn from the athletic department and university administration,” Perry said. “Through my time as co-president of SAAC, a member of President Leadership Class, and a student athlete on the volleyball team, I have learned how to best lead by example, advocate for myself and my fellow student-athletes, and serve those around me. I am excited to take these leadership skills with me as I attend medical school.”

Perry and the other recipients will be a part of the Center for Leadership’s panel on February 6th (CASE 3:30-5 p.m.) and will be recognized at Macky Auditorium on February 27th (7:30 p.m.) ahead of the Leo Hill Speaker.

Read the full release from the Center for Leadership here.