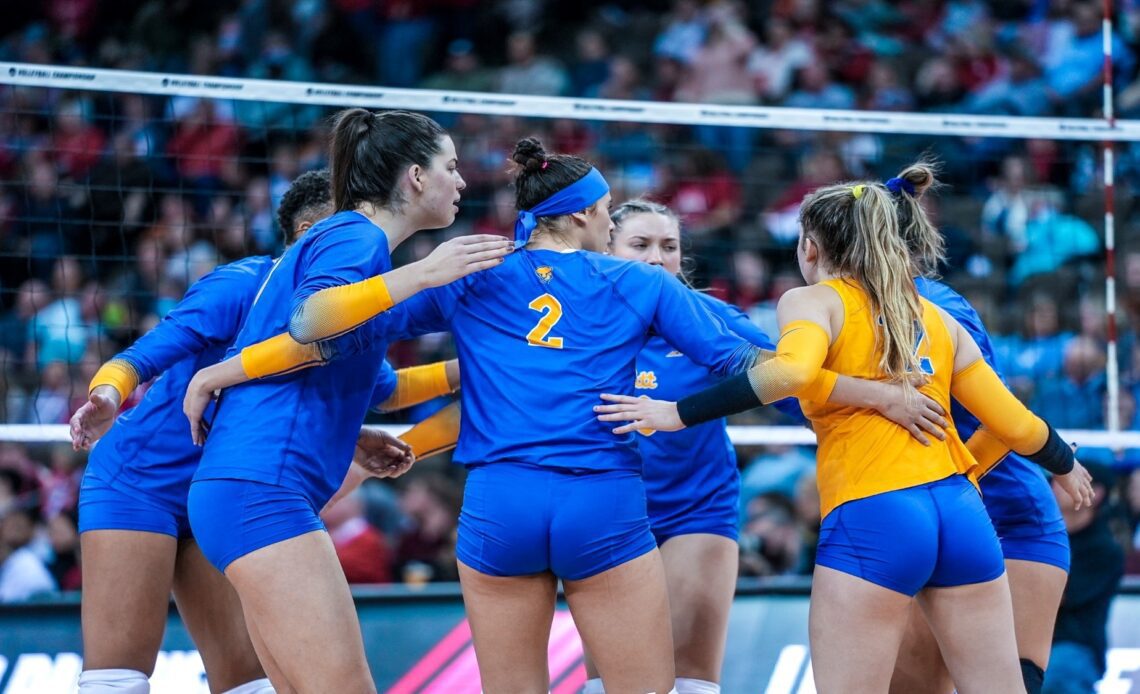 
OMAHA, Neb. – No. 2 seeded Pitt (31-4, 17-1 ACC) fell just short in a five-set battle against No. 1 seed Louisville on Thursday night inside the CHI Health Center in Omaha, Neb. The Panthers end the historic 2022 season with 31 victories and the program’s second consecutive Final Four appearance.

“What a game,” Head Coach Dan Fisher said. “What a season these young women had. We weren’t quite up to our standards offensively and our passing was streaky, but so was theirs. I was so proud of our heart in the fourth set, we just hung in there and found a way to win. It didn’t go our way today but I’m incredibly proud of this group, especially the seniors.”