Skyy Howard Transfers to The Buffs 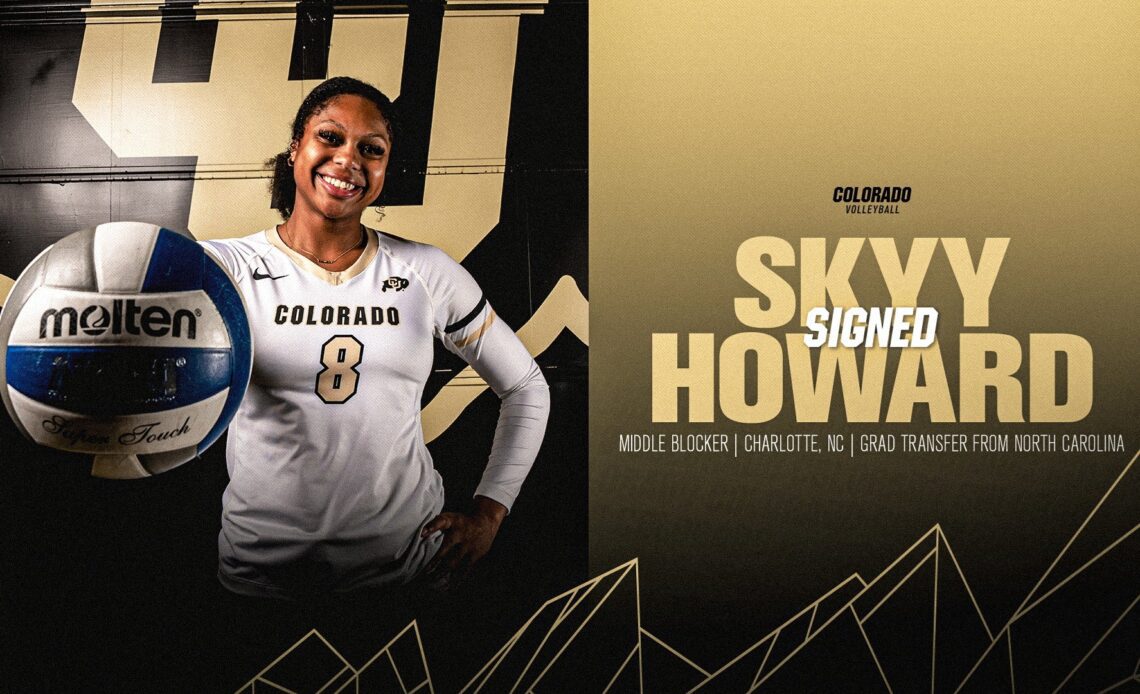 
BOULDER  — The University of Colorado women’s volleyball program added their newest Buff this week as Skyy Howard announced she’ll be transferring to CU.

“We are extremely excited to welcome Skyy to Colorado. Skyy will instantly impact our program – not only with her experience and athleticism – but with her energy and infectious personality,” head coach Jesse Mahoney said. “The ability for her to join in January will allow Skyy to gain a head start integrating into our culture and systems.”

Howard comes to CU after playing four seasons at the University of North Carolina. The middle blocker graduated from UNC in December with two majors – one in Communication Studies, the other in Exercise and Sports Science. At CU, she’ll look to expand her studies in Continuing Education.

While she was a Tar Heel, Howard recorded 391 kills and averaged 1.52 kills a set for a .200 attack percentage. Defensively, she earned 248 total blocks and averaged one block a set.

This past season, Howard achieved a season-high eight kills against Louisville, the 2022 national runners-up. She also notched a season-high six blocks during a four-set match against Duke.

“I picked Colorado because I felt like the culture was strong and something I could be a part of. I felt welcome and wanted in such a beautiful place,” Howard commented. “I look forward to making strong connections with new people and exploring a part of the country I’ve never lived in.”