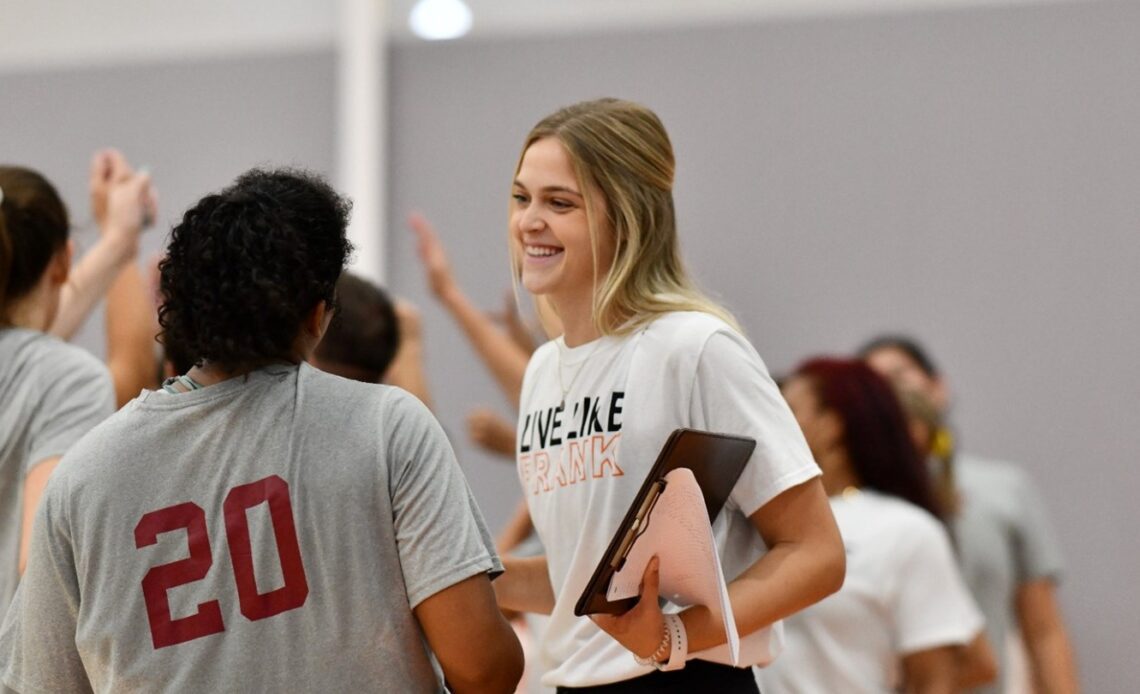 
TEMPE – Rachel Stallman, a former All-American setter at Ottawa, has been added to the Sun Devil Volleyball staff as a volunteer assistant coach.

“We are excited to have Rachel round out our coaching staff. In her young career, she already has a ton of valuable experience learning from some great coaches out there. Her passion and knowledge for the game make her a great addition to our Sun Devil family.”

Prior to this, Stallman (formerly Kater) had been on the coaching staff at Ottawa University Arizona over in Surprise, Arizona since 2019, first as a volunteer before moving up as an assistant coach. She helped the team to be GSAC conference champions in 2021, ranking as high as No. 16 in the NAIA national ranking. A former setter herself, Stallman coached an NAIA Second Team All-American, as well as helping aid another NAIA Second Team All-American outside hitter.

Stallman coaches for the Revolution Volleyball Academy as well where she has worked with Sun Devil greats Amanda Burbridge and Lisa Stuck. The 12s team that she coached that same season was the region champion. Another Arizona State legend she has worked with is Terri Spann at USAV High Performance.

In her lone season at OUAZ in 2016, Stallman set the program record for assists in a season (951) and assists in a match (58). She added 122 kills and .340 hitting from her setter position while getting 226 digs and 36 blocks. Following the season, Stallman was named an NAIA First Team All-American.

Before making her way to OUAZ, Stallman ran the floor at MidAmerica Nazarene University for three seasons under current OUAZ head coach Kristin Steele. During her junior season in 2015, Stallman helped the Pioneers to the NAIA National Championship final site and she was named NAIA First Team All-American and Daktronics-NAIA Scholar-Athlete. She was also the 2015 HAAC Player and Setter of the Year and repeated as setter of the year in 2016. For her efforts, she was named to the MNU All-Decade Team.

Stallman graduated from MNU with a degree in Kinesiology in 2017 and she earned a Master of Arts and Leadership from OUAZ in 2020. She is married to Taylor Stallman, the current men’s volleyball coach at Benedictine Mesa.