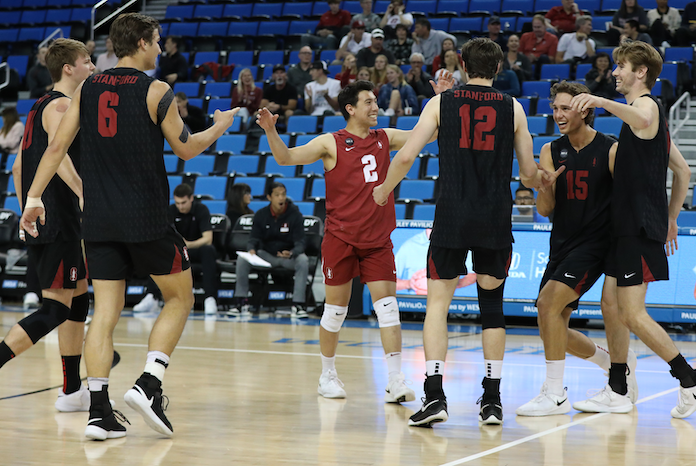 In the epic movie The Princess Bride, the hero, Westley, appears be deceased, until, that is, he gets taken to Miracle Max.

“It just so happens that your friend here is only MOSTLY dead,” Max says.

“There’s a big difference between mostly dead and all dead. Mostly dead is slightly alive.”

On July 9, 2020, Stanford announced that it was eliminating 11 sports, including men’s volleyball.

But on May 18, 2021, Stanford reversed course. The Cardinal, who played the spring 2021 season thinking it was its last, was back in business.

The road ahead was going to be filled with obstacles. A few key players had already left the program, hedging their bets with scholarships elsewhere.

Stanford, a program steeped in men’s volleyball history that has won two national titles and finished second on three other occasions, grinded to a 3-14 finish in 2021.

“We came into the gym being thankful every day and showed our gratitude,” 17th-year Stanford coach John Kosty said. “It’s amazingly difficult when you have no control over something that you’re very passionate about and somebody takes it away.

“We went through all of the processes of mourning and grief and everything else because basically the program died.”

So, on one hand, the program had survived.

Could Stanford bounce back?

As Miracle Max said after he treated Westley, “It would take a miracle.”

Well, what Stanford did in 2021 might not be miraculous, but it was pretty stout.

“We had to prove to ourselves that we were good. We knew we had some solid pieces and we had high expectations for ourselves, but we knew there was a lot of work to be done in the gym to get to that level,” Kosty said.

The team finished 14-14 overall, fifth in the Mountain Pacific Sports Federation at 4-8, which in itself was respectable.

That included losing twice to Grand Canyon, a split with UCLA, and two regular-season-ending losses to Pepperdine.

But then Stanford knocked off Grand Canyon in the MPSF Tournament quarterfinals.

Then the Cardinal upset top-seeded UCLA.