TEAMS ARRIVE IN DHAKA, READY FOR CAVA MEN’S U23 CHAMPIONSHIP

Sri Lanka U23 squad arrive in Dhaka on Tuesday

Upon their arrival at the airport, all three visiting teams received a warm welcome from senior officials from Bangladesh Volleyball Federation. 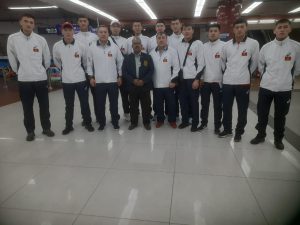 The championship has attracted four teams to vie for top honour. The three visiting teams and hosts Bangladesh will contest the round-robin competition from December 22 to 24, with the best-ranked team after the preliminaries taking on the fourth-ranked team in the first match of the semifinals and teams finishing second and third places battling it out in the second semifinal clash. The two winning teams will fight it out for the eventual title on December 26.

General Technical Meeting will be held on Wednesday, December 21, while the opening ceremony is due to take place on December 22, followed by the curtain-raisers between hosts Bangladesh and Nepal and the second match between Kyrgyzstan and Sri Lanka. 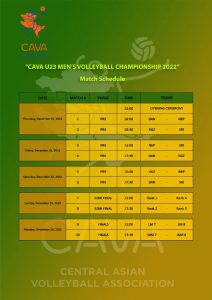