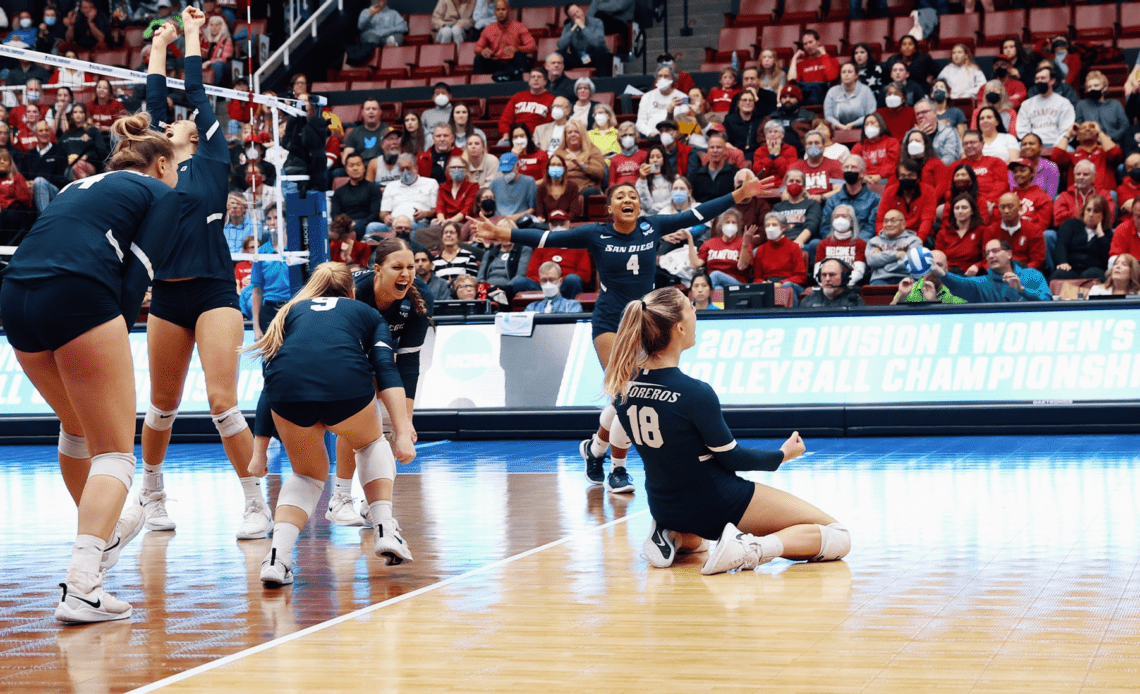 As each and every college volleyball season passes, I think that year was the best yet. Then the next year comes.

Well, yet again, we had an unbeatable, historic 2022 DI women’s volleyball championship. This time, the Texas Longhorns took home the trophy for the first time in a decade. But on top of that, new paths were paved, progress was made, dreams came true, things that have never happened before… happened, and so much more.

Here are some of the best moments from the 2022 DI women’s volleyball tournament … ones that we will never forget:

There was some unprecedented conference parity in the national semifinals

History was made this season in the national semifinals. For the first time in the entire existence of NCAA women’s volleyball, no Big Ten or Pac-12 team advanced to the national semifinals to compete for a title. If you would have told me this at the beginning of the season, I don’t think I would’ve believed you. The Big Ten was so dominant this season, with multiple teams — Wisconsin, Nebraska, Ohio State, Minnesota, etc. — in national contention. The Pac-12 had Stanford, as a No. 1 seed in the tournament this season, and they too were knocked off in the regional finals. Instead, Texas, San Diego, Pittsburgh and Louisville met in Omaha for the semifinals. One Big 12 team, two ACC teams and a WCC team. This year had so much parity, and the teams that advanced to the championship further proved that point. It shows just how much the sport has grown, and how much more is still to come. Volleyball has been dominated by the same 10 or so teams for years, and this year was a big step in the opposite direction.

We saw some great first-round upsets, highlighted by Auburn taking down No. 4 Creighton 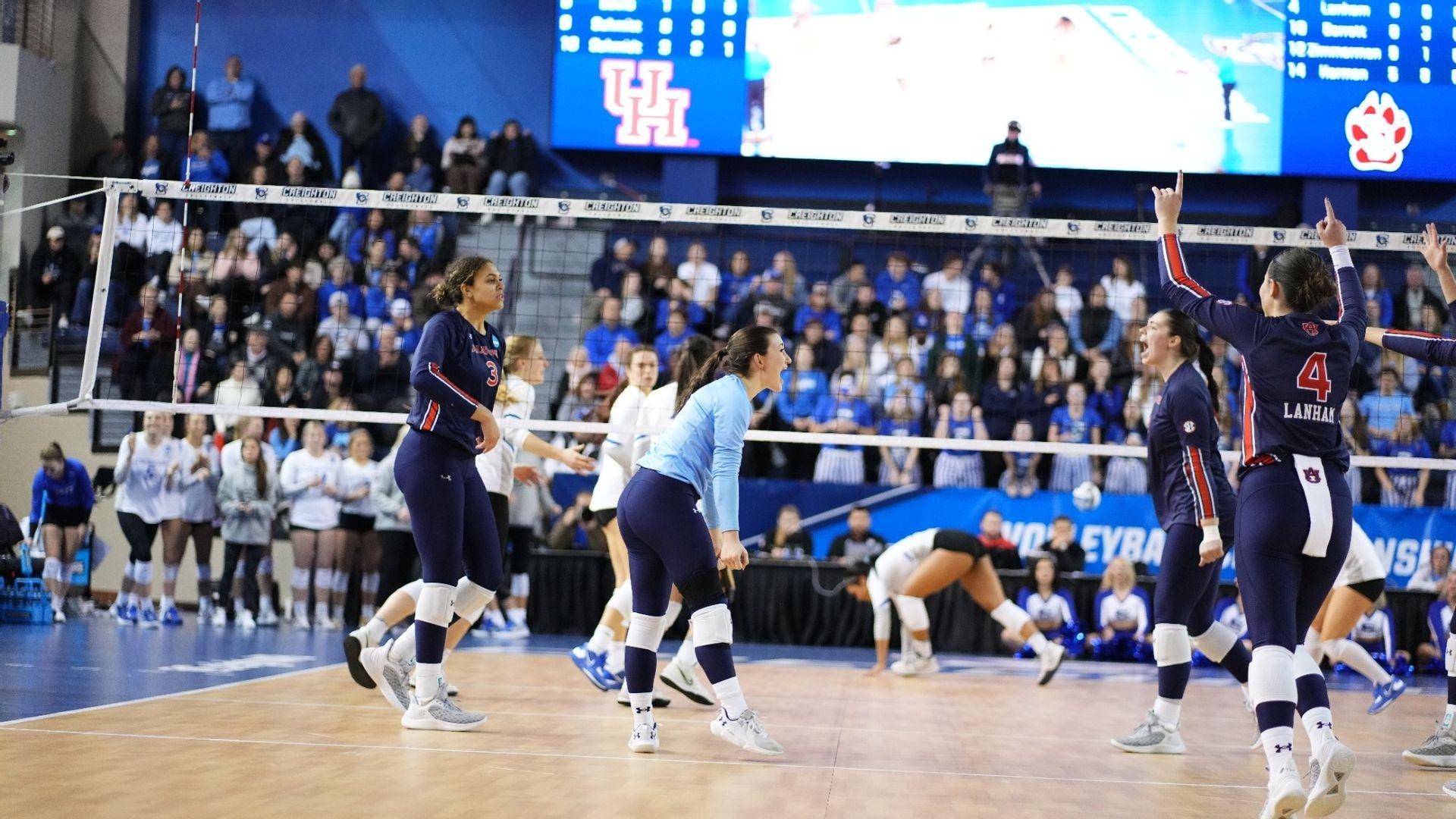 Upsets happened early and often in the tournament this season — another testament to this season’s parity. No. 8 Hawaii was ousted in the first round by LSU, Georgia took down No. 8 Towson in the opening round as well, and most notably, No. 4 Creighton — a host in the tournament — was defeated right out of the gates by Auburn. It was just the second postseason win in Auburn’s program history and the first over a seeded opponent. They pulled off the win behind double-doubles from Jackie Barrett and Akasha Anderson, and a team-leading 17 kills from Madison Scheer.

Mimi Colyer and Oregon went on a big tournament run 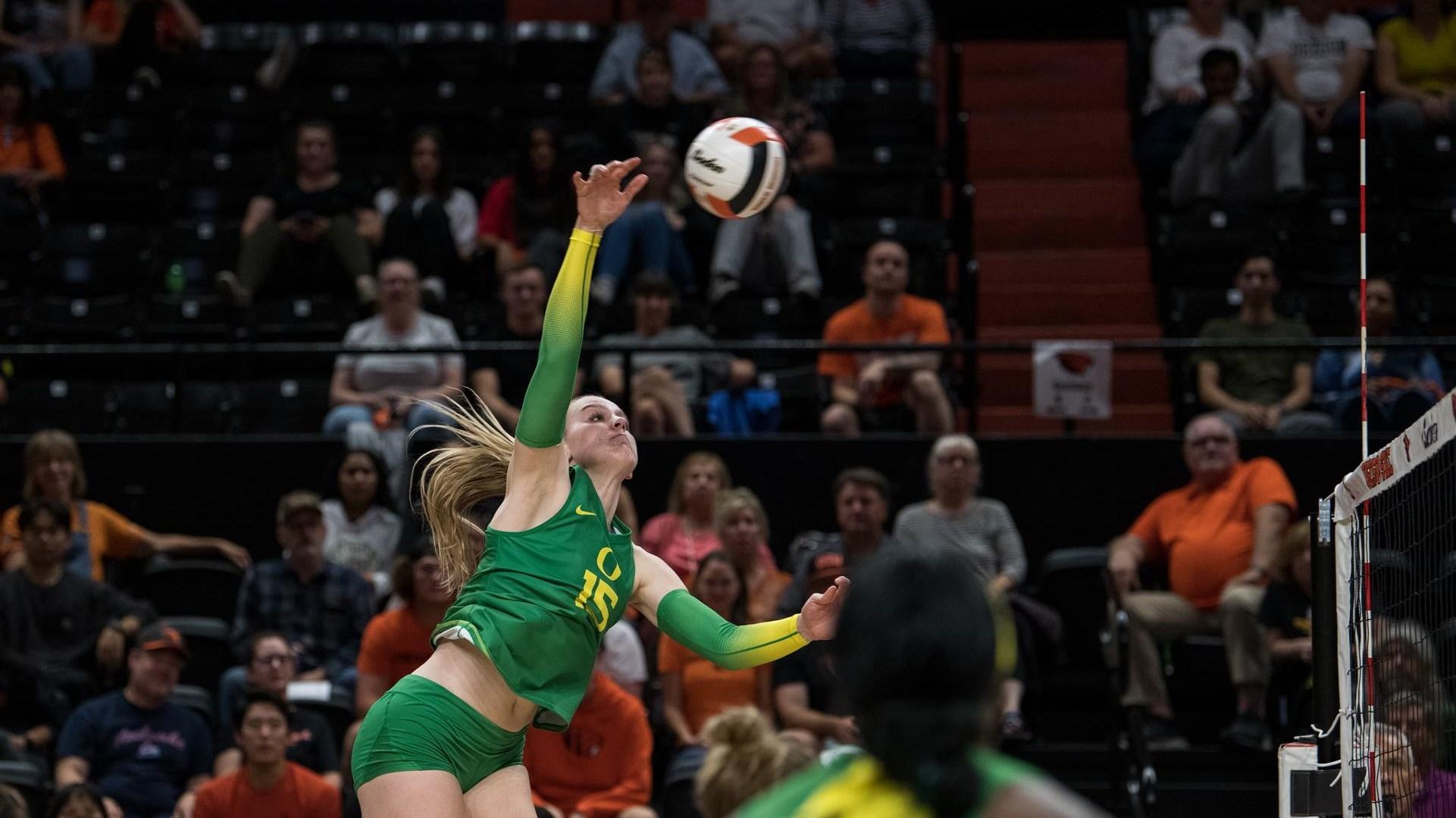