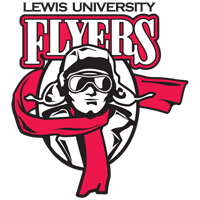 Stanford (4-0) was out hit by UC Santa Barbara (1-4) .297 to .271 – its lowest output of the season. The Cardinal also had fewer kills and blocks, but came up with clutch points when it mattered most.

Senior outside hitter Will Rottman had a team-high 22 kills, while libero Justin Lui collected a career-high 19 digs to anchor the defense.

Freshman opposite Theo Snoey registered his first collegiate double-double with 10 kills and a career-best 12 digs. He also had one of four Cardinal aces. Outside hitter Kevin Lamp also tallied 10 kills and had nine digs, three assists and an ace.

Setter Nathan Lietzke dished out 45 assists to go with two kills, four digs, four blocks and an ace. Junior Aidan Peters came off the bench to serve in all five sets, tallying an ace late in the fourth set to help the Cardinal extend the match.