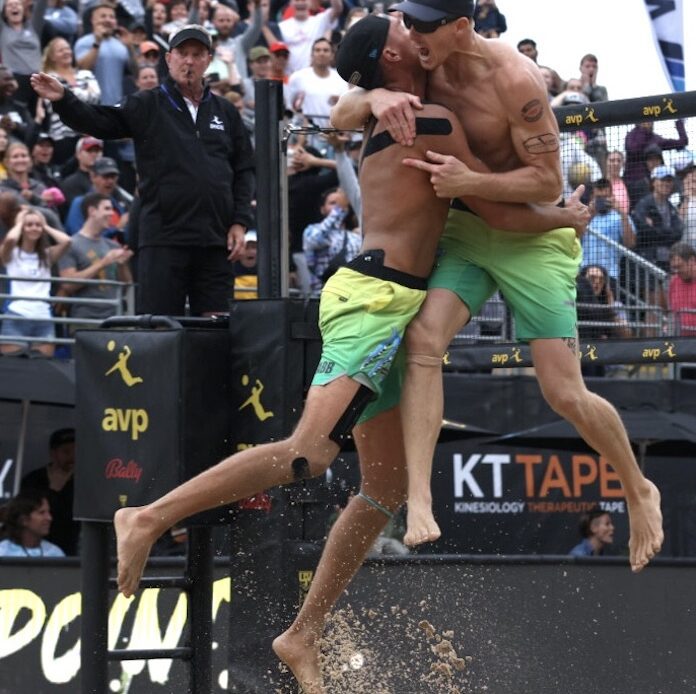 HERMOSA BEACH, Calif. — The new year is not yet upon us, but the new era of beach volleyball most certainly is.

On Thursday, the AVP concluded the rollout of its season-ending awards, announcing Tri Bourne and Kelly Cheng as the MVP of their respective genders. It’s the first time either has been named the MVP — and they both have at least six more seasons to play, with Bourne being 33 and Cheng 27.

In a season with more new winners on the women’s side — Terese Cannon and Sarah Sponcil, Tina Graudina and Hailey Harward, Julia Scoles and Geena Urango, Carly Kan and Jen Keddy — than any in recent memory, and the men losing nearly half a dozen of the most dominant players of this generation to retirement, either full or pseudo — Nick Lucena, John Hyden, Casey Patterson, Sean Rosenthal — everything, it seems, is alas beginning to fall into place.

Bourne and Trevor Crabb, three-time winners on the AVP this season, were named the Team of the Year for the first time, as were their female counterparts, Kristen Nuss and Taryn Kloth. It’s no surprise that it’s the first time for the latter: 2022 was just their second season on tour, a year in which they won both the first and the last event, and threw in Chicago for good measure.

“Option Gang,” she jokingly called the two, as she options more than any female in the world, while Partain hits on two more than any male on the AVP.

All told, every woman — save for Betsi Flint, who was named Best Server, alongside Sander — who won an AVP award did so for the first time in their respective category. Same goes…