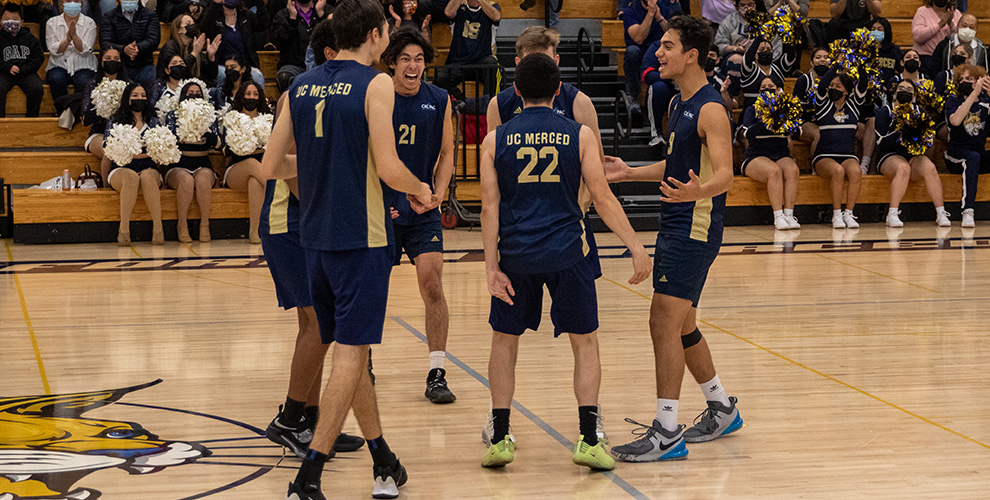 The Bobcats schedule features 23 matches overall, the team’s most since the 2019 season. Highlights of the 2023 slate include eight home dates, 12 California Pacific Conference matches, and four contests against 2022 NAIA National Tournament teams.

UC Merced will officially kick off the season at UC Santa Cruz on Thursday, January 26 and then remain on the road to take on Menlo College on January 30.

The Bobcats 2023 home opener is scheduled for January 31 when they host Hope International University inside the Joseph Edward Gallo Gymnasium.

UC Merced will be on the road the next two weeks, first heading south for their first nationally ranked matchups of the season against #11 The Master’s University and fourth-ranked Vanguard University on back-to-back nights February 3-4. Vanguard was also a national tournament qualifier each of the last two seasons.

Cal Pac action will begin in Merced as Simpson University comes to town for the conference opener on February 17. UC Merced will then play a home-and-home series with Pacific Union College, playing in Angwin, Calif., on February 19 and then facing the Pioneers at home on February 25. UC Merced will play at Simpson the following day to conclude the Bobcats/Red Hawks season series.

From there, UC Merced will head to Arizona to take on #2 and perennial national championship contender Benedictine University Mesa on March 4. The Bobcats will remain in the Grand Canyon State to battle Park University Gilbert (3/5).

UC Merced will then get one of their longest homestands since 2014, a five-game slate stretching from March 8-March 18. The Bobcats will square off with Dordt University (3/8) in a nonconference matchup before getting back into Cal Pac play the rest of the homestand. The Bobcats will play…