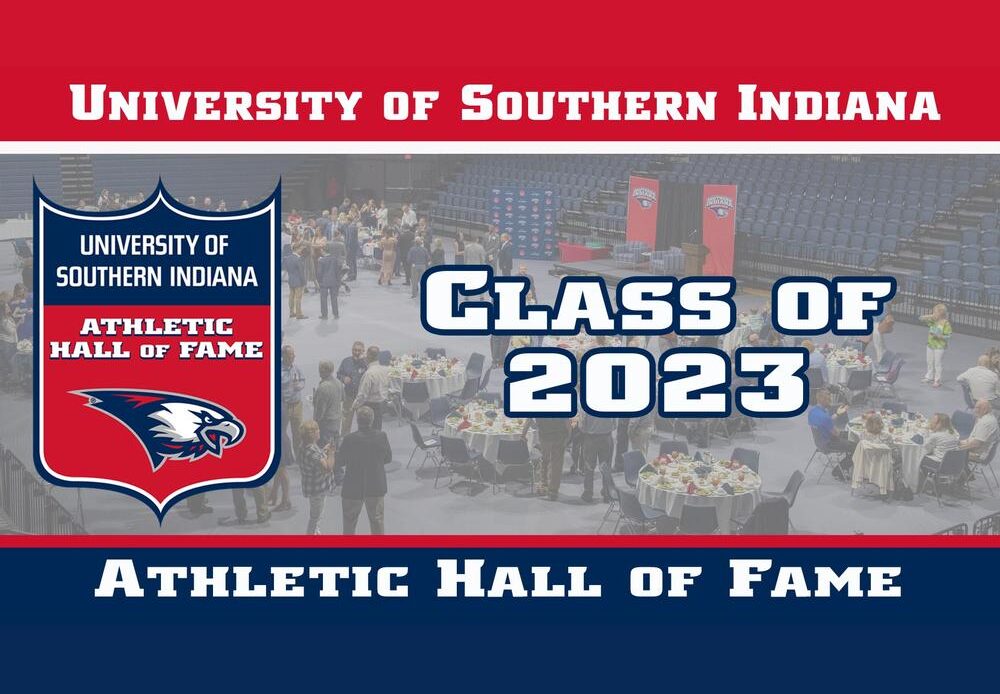 EVANSVILLE, Ind. – University of Southern Indiana Athletics is pleased to announce the selection of the 2023 USI Athletic Hall of Fame class that will be inducted during homecoming week in February. The class of five individuals and two teams were selected by an eight-member USI Athletic Hall of Fame Committee.
Any Screaming Eagles fan was eligible to nominate student athletes or teams on the 10th anniversary of their last season of competition, or a coach/administrator who has been separated from the USI Athletics for two years.

“I continue to be amazed by the amount of outstanding student-athletes and teams this University has had,” said USI Director of Athletics Jon Mark Hall. “The Class of 2023 truly represents our growing tradition here at USI. The five individuals and two teams that will be honored in February are truly worthy of this extraordinary honor. I know that the entire USI community is proud of this class and what it accomplished while at USI.”

In addition to the induction of the Hall of Fame Class of 2023, USI is inducting Sandy Hatfield into the Athletic Hall of Distinction for contributions to the success of the University’s varsity programs.

Reservations for the February 3 induction ceremony must be made in advance and can be made by calling (812) 464-1846 or emailing Holly Delph at hdelph@usi.edu.

Mary Ballinger ’11 (Women’s Cross Country/Track & Field, 2007-10): Ballinger became the third female student-athlete in the program’s history to win a national championship when she won the 3,000-meter steeplechase at the 2009 NCAA II Outdoor Championships. She finished fifth at the NCAA II Cross Country Championships after capturing the GLVC individual title and earning GLVC Runner of the Year accolades in 2009. Ballinger, who won a total…