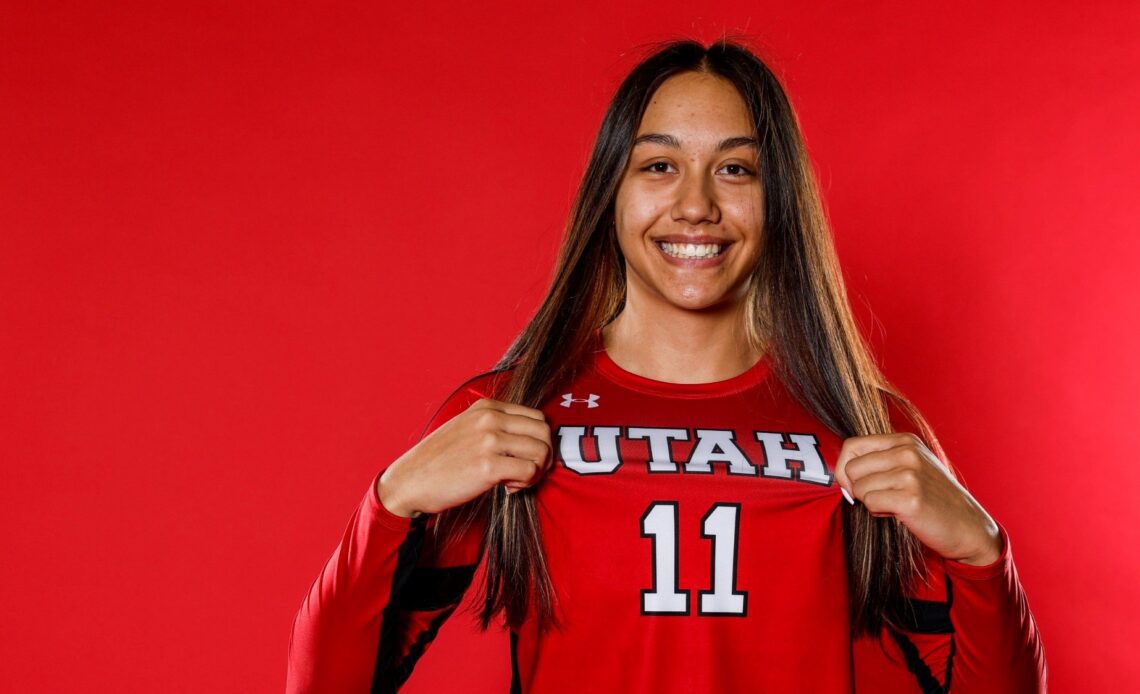 
SALT LAKE CITY – Utah Volleyball kicked off the new year by adding middle blocker Emrie Satuala, who is transferring to Utah as the reigning Big Sky Freshman of the Year. Satuala played her freshman season at Idaho State and was previously an All-State player Bountiful High School.

“Emrie is a special athlete with great talent as both an attacker and blocker,” said head coach Beth Launiere. “She is someone we are excited to develop as we believe her ceiling is very high. We can’t wait to get her our gym to start training this offseason.”

Satuala joins the Utes after a sensational season in 2022 where she earned second-team All-Big Sky honors to go along with her freshman of the year selection. The middle blocker from Bountiful, Utah posted double-digit kills in 14 matches last season, which included a career high 17 kills on .517 hitting against Weber State. She was second on the team with 2.53 kills per set and hit at an incredibly efficient rate, hitting .316 during her freshman season. Her efficiency of .316 ranks fifth all-time in the Idaho State record book for single-season hitting percentage.

On the defensive side, Satuala ranked third in the Big Sky Conference with a team-leading 1.16 blocks per set and ranked 77th nationally. She posted a season-high nine blocks at UC Riverside and had 14 matches of five or more blocks, which included a streak of seven-straight matches at 5-plus blocks. She earned a Big Sky Defensive Player of the Week honor as well in 2022.

Satuala was a two-sport athlete at Bountiful High School, lettering in volleyball and basketball. She was a second-team All-State selection and a 5A Utah state champion while competing with the Braves. During her senior season, Satuala posted 2.3 kills per set, a .504 hitting percentage, and 60 blocks. She was also a two-time second team All-State player on the basketball court.

Satuala will join the Utes for the spring semester starting next week in Salt Lake City. She joins incoming freshmen Olga Musial and Kamryn Gibadlo as newcomers officially added to the 2023 roster.