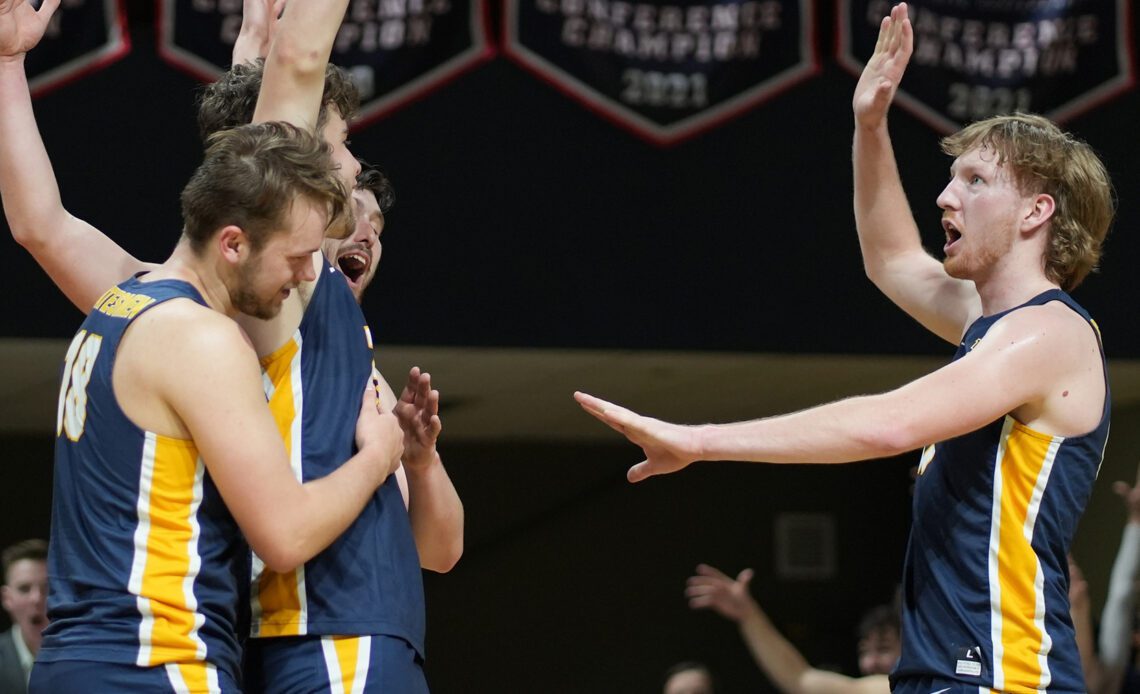 Oskaloosa–Following its incredible breakout season in 2022, the William Penn men’s volleyball team enters this year as one of the nation’s best as the NAIA released its preseason top-15 poll Wednesday.

The Statesmen, who were 23-9 last year (14-4 Heart) open 2023 at #5 with 148 points.  The crew defeated eight programs that were either ranked or receiving votes at the end of last year.  WPU swept defending national champion Grand View and also beat defending national semifinalist Park twice in just its third season.

William Penn is one of six Heart of America Athletic Conference programs in the poll with Grand View at #1.  Park is #8 and Missouri Baptist is #13, while Mount Mercy (unofficially 17th) and Missouri Valley (unofficially 22nd) are also in the receiving votes section.

Grand View is first in the NAIA with 191 points and all 11 first-place votes, while defending national runner-up Benedictine Mesa (Ariz.) is second.  Ottawa (Ariz.) and Vanguard (Calif.) are third and fourth, respectively.

The Statesmen start 2023 on January 26, hosting #7 Indiana Tech in non-conference action at 7 p.m. Of the team’s 24 regular-season matches, 15 are against teams that are ranked or receiving votes.