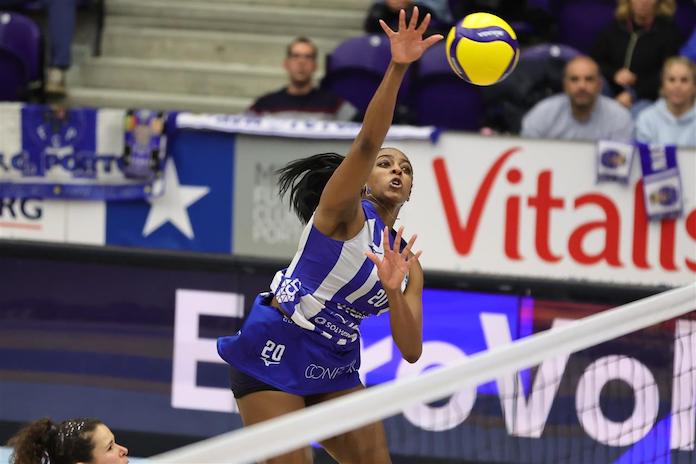 This is our weekly update on USA women playing professional volleyball around the world. Most of the players are former NCAA standouts:

Imoco Conegliano overcame a slow start to bounce back with a 16-25, 25-18, 25-16, 25-16 win over Rzeszow). Kelsey Cook had six kills for Conegliano. Kathryn Plummer appeared in two sets as a substitute and had three kills.

VakifBank stayed on top of its group with a 25-21, 25-22, 25-19 sweep of Novara. Chiaka Ogbogu had a match high five blocks and three kills. Kara Bajema was a serving substitute. McKenzie Adams came off the bench and had four kills for Novara.

Chieri stormed past Panathinaikos 25-18, 25-17, 25-22. Brionne Butler had four kills, two blocks, and an ace for Chieri. Adora Anae was limited to six kills and a block…