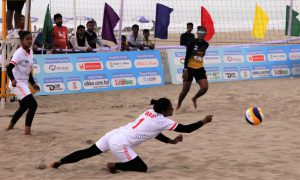 The women’s teams have reached the Thursday’s do-or-die semifinals, while the finals will also be held on the same day. In the men’s event, four matches will be contested in the Thursday morning, the last day of the pool round-robin preliminaries, followed by the semifinal encounters in the afternoon. The third-place playoff clash and final showdown will take place on Friday, the final day of the three-day event. 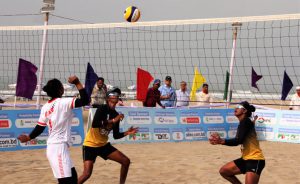 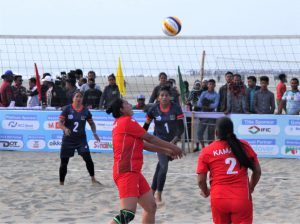 In the women’s event on Wednesday, Chathurika/Deepika, fifth place at this year’s Birmingham Commonwealth Games, made it two in a row in the pool round-robin preliminaries. The Sri Lankans spent 28 minutes in brushing off sixth seeds Ezozakhon Sativoldieva/Nosiba Jamolova from Uzbekistan 21-12, 21-9 in their first Pool B clash. 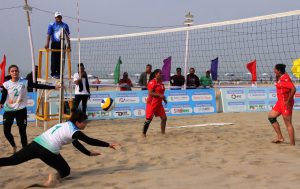 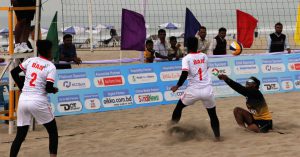 Chathurika/Deepika repeated the similar feat after mercilessly crushing Bangladesh’s third seeds Asha Most/Khatun Mst Ajmira in a totally one-sided affair 21-8, 21-5 in 27 minutes in their second encounter. Winning two straight matches, the Sri Lankans captured the top spot in Pool B with 4 points. Sativoldieva/Jamolova had one win against one loss to finish second in the pool, with host girls Asha/Khatun Mst Ajmira losing them all to come in third place. 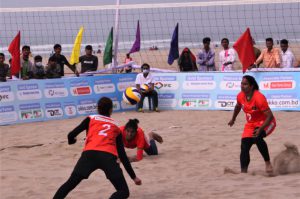 With only top two teams from each pool advancing, Sri Lankans Chathurika/Deepika and Uzbekistan’s Sativoldieva/Jamolova made the cut for the Thursday’s semifinals. The host team crashed out of the competition.

As the Sri Lankans are due to take on Uzbekistan’s Sultanboeva/Kuchkorova, second place in Pool A, in the first semifinal clash, another Uzbek duo, Sativoldieva/Jamolova, will go up against Nepal’s fifth seeds Upreti Kopila/Pun Kamala in the second match. 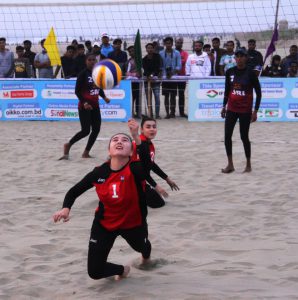 Sultanboeva/Kuchkorova had mixed lucks in their pool play on Wednesday as they lost the first clash 16-21, 15-21 to Nepalese Upreti/Pun but bounced back in style to beat Bangladesh’s top seeds Aker Doli/Khatun Most Sabina 2-1 (21-11, 14-21, 15-3) in their second encounter.