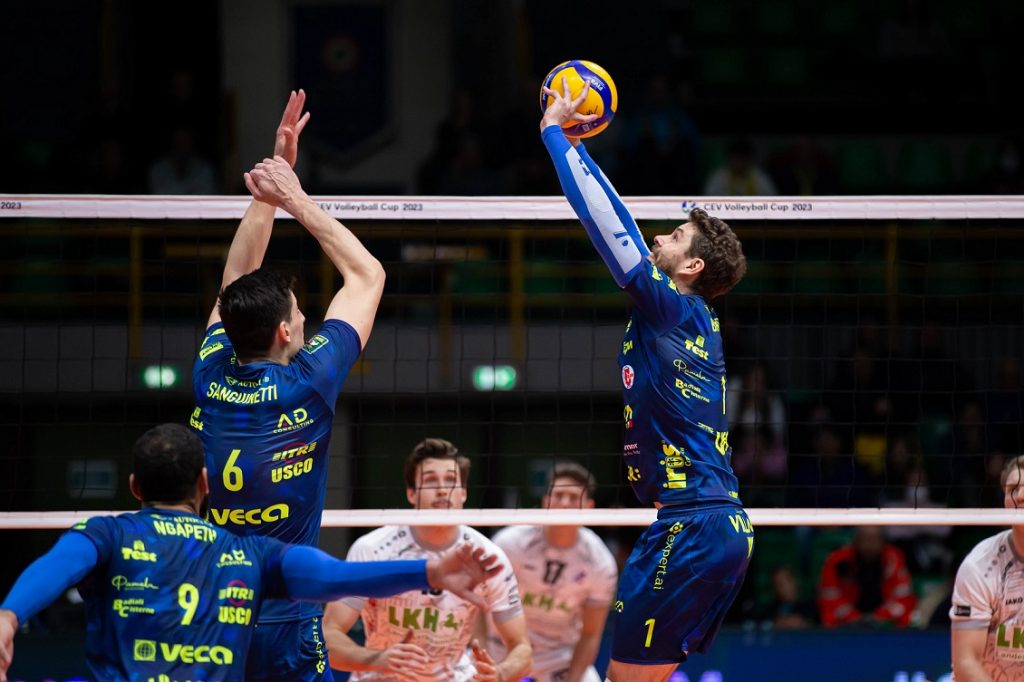 Modena from Italy erased the ghosts of last season in front of their home crowd, defeating Lüneburg 3-1 and avenging their defeat in the first leg of the CEV Volleyball Cup 2023 | Men playoffs in Germany. A result that’s worth qualifying for the quarterfinals.

Objective achieved for another Italian side, Bluenergy Daiko Volley Piacenza, which also qualified for the quarterfinals by beating the Romanians of C.S. Arcada Galați also in the second leg. The game started downhill for the home side, with a first set won by the guests; then, however, Piacenza decisively took the next two sets needed for qualification. The Frenchman Luka Basic topped the winning team with 16 points. Edoardo Caneschi set up four blocks. Alexandru Rață scored 14 for Arcada.

Greenyard Maaseik rose from the dead in the Czech Republic. The Belgians were beaten 3-0 by Jihostroj České Budějovice, after which the hosts annulled a 3-1 loss in the first leg. However, Maaseik prevailed in the all-deciding golden set (15-9) and qualified for the quarterfinals. Ferre Reggers was Maaseik’s best scorer today with 21 points. The Dutchman Stijn van Schie grounded 20 for Jihostroj. Slovak Peter Ondrovič made five blocks.